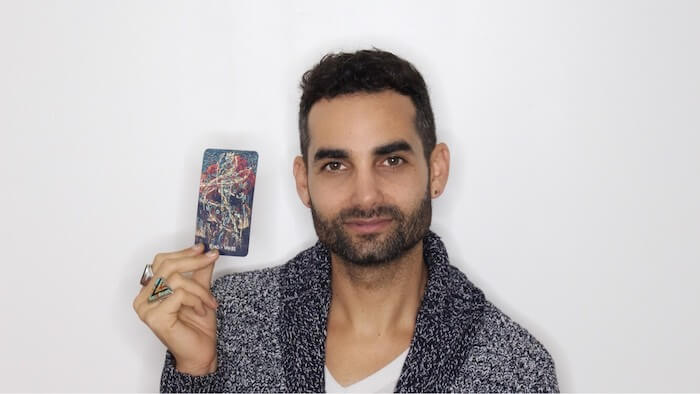 The King of Wands asks us to master our raw power and become a channel for wise creative force, says Brandon Alter … Cast using the Prisma Visions Tarot 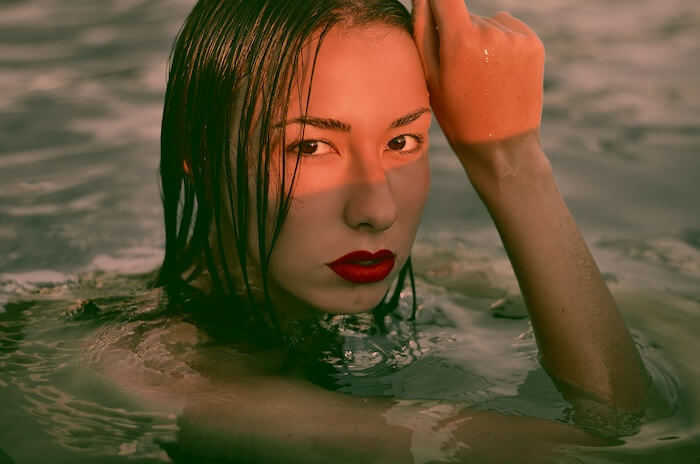 The 2018 Pisces Waxing Moon asks us to relax in the face of year-end pressures, embrace all that is unknown, and let our dreams vanquish fear, says Jennifer Racioppi …

With year-end madness in full-effect, and the personal development world not only encouraging you to see into the future but to begin to sculpt your next year accordingly, the last two weeks of the year might feel like pressure. Bone-crushing pressure.

Coming off of the bold and blunt Sagittarius New Moon’s cosmic invitation to claim your dream, the Universe now awaits your response. Where is your vision leading you, next?

In an ideal world, the answer might feel obvious. But considering the Piscean influence, direction can feel obscure and hazy. Pisces, after all, a sign ruled by trance-inducing, otherworldly Neptune, who inspires subterranean explorations of the subconscious, doesn’t always deliver tangibility.

What to do if you lack clarity on your future visions and goals? Embrace the unknown.

// The Cycle //
Waxing Quarter Moons often connect us to intentions set nine months prior. Consider what’s coming to your life now based on intentions set with the Pisces New Moon on March 17, 2018. What’s percolating in your life now that connects to energy set in motion then?

And in the current cycle, this half-way mark between the New Moon and Full Moon acts as a stepping stone, here to help you traverse the distance between where you are and where you want to be. As the assertive energies of the Sun clash with the yin-like qualities of the Moon, take this time to resolve any cognitive dissonance you may experience in your own life. Embracing this confrontation expedites the journey to clarity.

Use this Pisces Waxing Moon to center yourself and tap into your intuition as you prepare for both the Solstice and the upcoming Cancer Full Moon, which will invite you to come home to yourself even more. Like Dorothy walking the Yellow Brick Road in her ruby red shoes, this Pisces Moon is guiding you on a path home.

// The Transits //
With so much retrograde activity behind us, this halfway moment between the New and Full Moons boasts serious magic.

For starters, Mercury in Sagittarius prepares for its second alignment with Jupiter (the first of these conjunctions happened in late November, and the second will happen on the December 21st Solstice). The biggest planet in the solar system, who’s often referred to as Santa Claus, Jupiter has a tendency to deliver good news. With this meet-up between Jupiter and cosmic messenger Mercury in the expansive sign of Sagittarius, it’s the perfect moment to lean into the wave of positive momentum. Do you need to ask for something? Now’s the time.

Further, with the Moon in Pisces, conjoined to Mars, Chiron, and Neptune, which makes a sweet angle to Venus, this Pisces “stellium” activates healing on a cellular level, inviting you to feel and heal what’s no longer needed. Lean into your desires, not your fears, as you seek to live your dream.

To top this off, after a year riddled with heavy retrograde activity, only one planet remains retrograde: distant Uranus. The cosmos signals green lights for action. Use this time to assess what you’ve learned, and mindfully integrate the lessons obtained.

// The Square //
On the challenging side of things, the Sun in Sagittarius and the Moon in Pisces (magnified by the dense planetary activity in Pisces) blurs the lines. Go-big-or-go-home-Sagittarius strongly dissuades boundaries. And spiritually inclined and sensitive Pisces can go so deep into the dream that it forgets reality altogether. With the luminaries traveling in these two mutable signs, feelings, impulses, and urges might override the truth.

Stay on the lookout for lies, addiction, and deceit. Much like the Waxing Moon which appears as a half in the sky, but is indeed only at the quarter phase, this square asks you to decipher fact from illusion. Be aware of where you check out prematurely or run away as a coping mechanism.

// The Opportunity //
The high road here asks you to tap into the potential and power of your dreams, and the expansiveness of the moment, without losing a brass-tacks approach to rallying your life force energy on behalf of your desires.

Let this Waxing Quarter Moon in Pisces illuminate the next steps you need to take to not just bring the Sagittarius New Moon’s intentions to fruition, but to consider how what’s unfolding in your life now relates to intentions set during the 2018 Pisces cycle. What did you set in motion with the March 17th New Moon that’s coming to fruition now? Claim it!

It also invites sleep, healing sleep. This potent lunar moment invites you to genuinely enjoy the experience and engage out of bounds thinking — even lucid dreaming and astral travel (which is so Pisces).

With one week before the Winter Solstice, the darkest moment of the year, take advantage of the seasonal cue to sleep. Treat it as a ritual, and open wide for prophetic dreams!

Discover more about astrologer and success coach Jennifer Racioppi and her work HERE and follow her on Instagram.

Thank you for these words @zenchangeangel 🙏 it