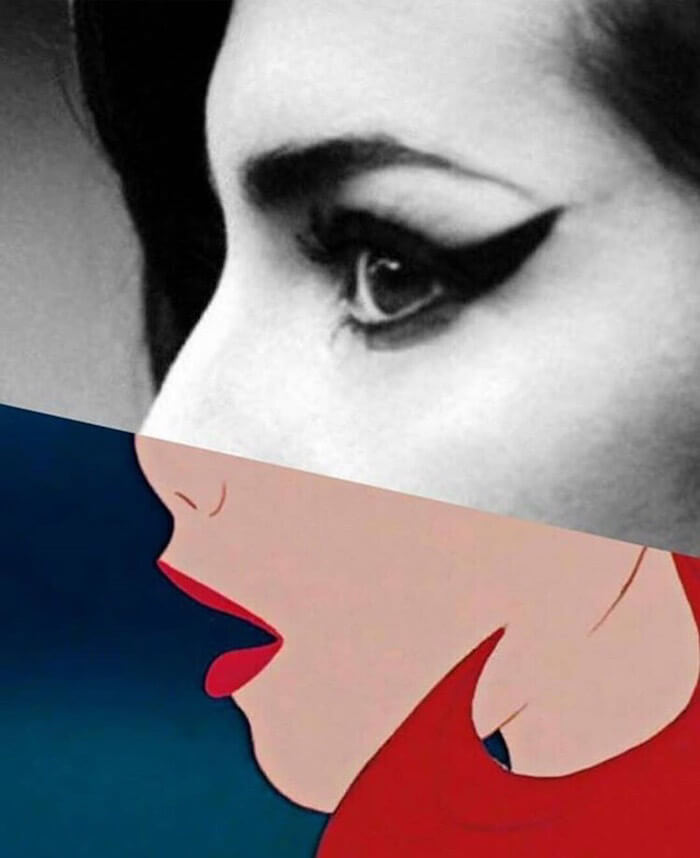 It’s time to upgrade your normative notions of Valentine’s Day date nights. Lucy North tells us why why February is the most feminist month … Art: Naro Pinosa

It may still feel cold outside—but Spring is coming! And this precious period of in-between is actually a key time of year to tap into the Divine Feminine through the ancient practice of co-creating with Gaia, the seasons, and nature.

While many of us have sold ourselves to the Monday-Friday lifestyle, the origins of these days actually connect us to Divine Feminine energy. After all, Monday is actually “Moonday” and Friday is dedicated to the Goddess Freyja. The Divine Feminine is both the beginning and the end, and a reminder of our power to break free and make time be whatever we want.

In response to the seven-day week of patriarchal DOING, here are seven reasons to reclaim February as the most powerfully feminist month …

Transcending the gender stereotypes of today, women were seen not only the gateway to new life, they were considered at one with the desire, love, and sexual energy that runs through nature. Reclaiming this celebration of women as desire itself (rather than objects), realigns us with our ability to create anything we want.

2// 28 Days Means Lunar Power
Before being scrapped by the Church, the year adhered to the Goddess calendar—meaning there were 13 months and not 12, which reflected the 28 day cycle of both the Moon and womb.

Being only 28 days long, February is the only month of the year that still respects the Goddess calendar, and honors how the seasons and year really flow. This month, treat your womb like a second heart (whether or not you have a literal or metaphorical space there). Listen … what does it want to birth?

3// Imbolc Challenges the Madonna-Whore Complex
The pagan calendar marks February 1st as Imbolc—an important step towards March’s Spring Equinox. This is the time to release some of our 9-to-5 programming in favor of a kind of “land feminism” that lets us co-create with the upcoming Equinox’s tantric energy.

The Celtic Triple Goddess Brigid, synonymous with this day, is the Queen of the Underworld, the Mother of all beings, and the Mistress of the Elements. Whether it’s the sacred prostitute, the Divine Mother or the snake in the garden of Eden, the Divine Feminine holds and honors it all. Think of February as a time to break free from the pain of having to be “one type of woman”—and to exchange archetypal constraints for a wildish knowing.

4// Pisces Season Wants You to Wombifest
As the Sun enters the final zodiac sign of Pisces on February 19th, right before the birth of the new astrological year, it’s time to create a nourishing, protective womb that will enable you to tap into the oceanic source of all life.

This means retreating from the “busy-ness” of everyday life, and setting some boundaries to re-connect with your soul. Just like a mother that needs to retreat for the last month of pregnancy, create a safe space for you as Divine Mother to meditate, breathe, make love, self pleasure, journal, paint, sing, do yoga, and eat well. Rest in the womb and let your Divine Child emerge!

5// Saturn in Capricorn Spells Sacred Union Time
2018’s sees the Goddess month of February with Saturn in the sign of Capricorn, spelling out the start of something huge for the Divine Feminine. Capricorn is technically a “yin,” or feminine sign, but it’s also cardinal, with a mountain-building, masculine energy that asks us to blend action and intuitive knowing.

The Divine Masculine can only come THROUGH the Divine Feminine. It will only come through an open heart and the womb of collective feeling—and, yes, as with any birth, through pain. Women and those who embrace the Divine Feminine have been socially okay’ed to feel more of this, so we must lead the way. This integration asks us to do what we love by taking action, and watch the fear fly away.

6// The Aquarius New Moon Catapults Us Into Fairy Territory
When people are told they’re “away with the fairies,” it’s almost a derogatory comment. We say it’s time to celebrate our visits with the fairy realm!

With a New Moon in Aquarius on February 15th, it’s time for the Divine Feminine to swoop high, dream big—and to astro travel our dreams into the 3rd dimension. This New Moon also ends the longest complete lunar month of 2018 (the last New Moon was on January 16th, giving us 29 days, 18 hours, and 48 minutes). Mama Moon is giving you extra time to push on through, with a clear focus on new beginnings.

7// Mama’s Wide Open During Eclipse Season
With January 31st’s Super-Blue-Blood Lunar Eclipse bonanza, and the upcoming Solar Eclipse on February 15th, the first two weeks of Feb see us in the middle of two incredibly catalytic aspects. It’s like the universe has its legs wide open in breach position providing a gateway though which we can birth projects, artistic endeavors, networks, and relationships that reflect our divine purpose.

Goddesses: F is for February, F is for Fertility, F is for the future. Reclaiming feminist February means pretty much get it on with the universe!

Lucy North is a writer, healer, and artist. She will be running a Goddess Healing Circle in honor of Freyja this Tuesday, February 13th, at The Alchemist’s Kitchen in New York. Click HERE to reserve your spot. She will also be holding an “I’m Every Woman” Goddess Circle at RA MA New York on Sunday, 25th February. Find out more and reserve your space HERE.