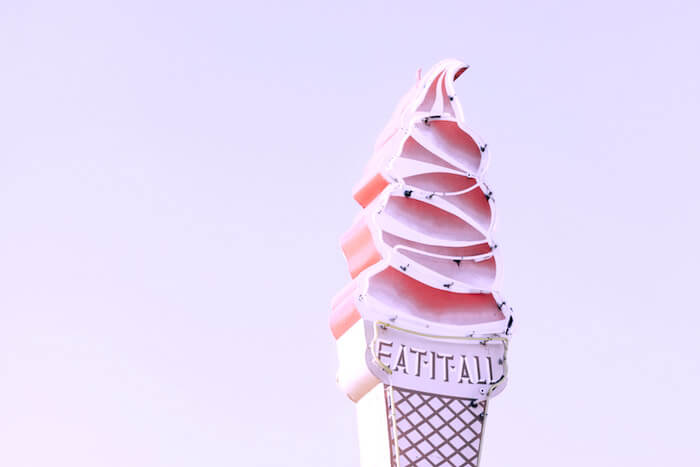 Not for the faint of heart, energy-boosting Durian fruit ice cream will ignite your adventurous summer spirit, says Ysanne Spevack.

Durian … it’s the Marmite of the fruit world. Love it or hate it, it’s impossible to simply be un-opinionated about this stinky tropical fruit.

Spiky on the outside, and custardy on the inside, ripe durian fruit contains FIFTY different scent compounds, including smells that are found in garlic, beef, cheese, squid, leeks, and honey. They also contain four scents that are unique to durian—yes, that’s four compounds that occur nowhere else in nature! These compounds give durian its unique smell and taste, and make it stinky enough to be banned in public places throughout Southeast Asia.

Plus, durian is hot—literally. In scientific trials, it’s proven to raise your body temperature by one degree, which is significant. That’s probably the root of the rumor that it’s the sexiest fruit, especially for men. In Asia, it’s also the reason durian is never eaten alone, but always in combination with a cooling food such as a cup of tea, mangosteen, or bananas.

In Southeast Asian folklore, drinking alcohol while eating durian is believed to cause death, so people from the region rarely mix the two. However, according to scientific research carried out in 1969 by the University of Singapore, there’s nothing in durian that could possibly cause death, whatever it’s eaten with. But still, the study found that due to the unique combination of fruit sugars and unsaturated fats, eating durian while drinking alcohol causes internal fermentation that’s unhealthy, and uncomforatble. For this reason, avoid drinking alcohol while eating durian. It’s smart to stick to ice tea for cooling effects and quenching capabilities.

Found at stands throughout Chinatown in NYC, when the fruit are ripe, the spiky hard shell cracks to reveal the custard-colored creamy fruit. The edible part has a very creamy texture due to the insane amount of fat it contains—think custard and ice cream, with a faint hint of honey and garlic. And if you freeze it, you can eat it direct from the freezer. The high fat content makes instant ice cream—so simple, so good!

Malaysian durians are generally sweeter than Thai ones, and have less of the garlic taste, so they’re the best option for entry-level durian consumption. Whatever type of durian you select, it’s best to limit yourself to only 4 or 5 segments max per sitting, as it’s high in natural fruit sugars, unsaturated fats, and calories.

On the good side, it stimulates sexiness, and soothes general digestive flow. It’s high in magnesium, vitamin C, iron, potassium, copper, folic acid, and B-vitamins, so it’s great for an energy boost. It’s also perfect post-workout—when consumed with something cooling too!

DURIAN FRUIT ICE-CREAM
Since you won’t find fresh durian online, the only way to get it is to take an adventure to Chinatown during durian season—which is right now! Follow your nose, and you’ll find the stand.

The person at the stand will remove the edible part to save you having to deal with the hard shell. Come with a reusable food container if you’d like to save the planet from another single-use plastic disposable box.

Method:
Remove the pits from the durian and peel the banana.

Mash the fruits together in a bowl with a fork.

Transfer to a freezer-proof container.

Discover more about Ysanne Spevack and her work HERE. 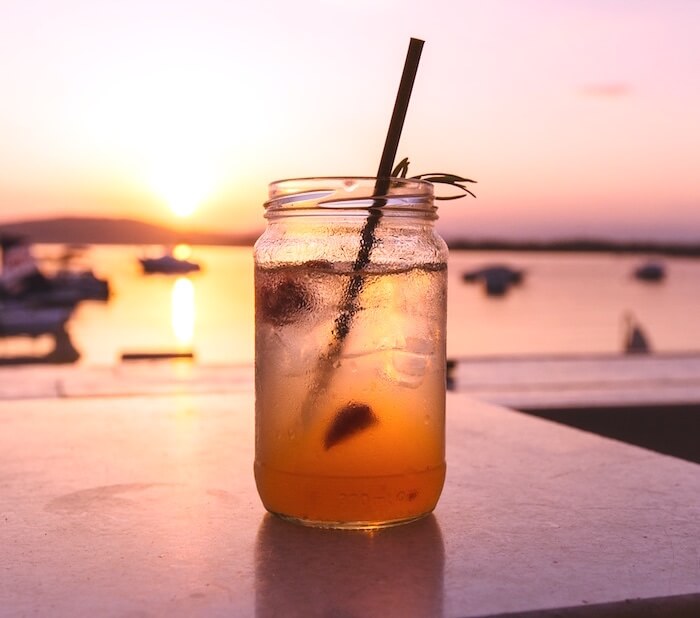 The perfect drink pairing for summer in the city? Adaptogenic Gynostemma, a.k.a. The Tea of Immortality, will help you burn the candle at both ends for those long summer nights, says Ysanne Spevack.

Want a beverage that helps you burn your candle at both ends? Just say no to coffee, and “Oh hi!” to gynostemma tea!

Known as Jiao-Gu-Lan (the Tea of Immortality) in parts of Southern China, gynostemma is a green leafy adaptogenic plant that’s the go-to for busy urbanites in the know. It’s especially well suited to help us surf summer life in the city, with its fluctuations in the weather (especially this year, what happened, NYC?!) and June’s dawn-to-dusk increased outdoors time.

With the most adaptogenic saponins of any wild-crafted plant in the world (four times the amount of ginseng), this stuff strengthens your natural ability to stabilize blood sugar, supports your immune function, and enhances endurance. And it doesn’t speed you out or crash and burn. It’s all about balancing the nervous system—as with all adaptogens, by definition gynostemma can energize you when you need it, yet help you to relax and sleep at night.

But the real reason it’s known as “The Tea of Immortality” is because of its benefits to liver and cardio function. It supports the body’s production of superoxide dismutase, an antioxidant that protects the liver from free radicals. And it helps arteries, veins, and capillaries release nitric oxide, which helps them to relax.

The taste is a little like the stevia herb, but less sweet—not at all bitter, but an unusual green herby flavor that makes a fantastic base for other drinks and a pleasant iced tea.

And get this … it’s also a beautiful cascading plant that you can grow in a city apartment as a decorative house plant, so long as you have a sunny window. Alternatively, it’s easy to find at stores like Kamwo Meridian Herbs on Grand Street in NYC or in their online shop, which is my go-to for anything to do with Chinese medicine.

June Gynostemma, Shiso, and Goji Ice Tea
Don’t smirk at the gojis!!! This is what you’ve been missing all these years. Dry gojis are nasty—but gojis in tea are FABULOUS. And they’re a natural partner to gynostemma, the strange flavors of both combining into a perfect sweet herby balance. And then basil, or if you’re super lucky and can find it, fresh shiso herb. Oh. My. Gosh.

**Shiso is a kind of basil, so it’s totally possible to switch out shiso for regular Genovese or another type of basil. That said, shiso has flavor magic—it’s the third leg on the stool for this recipe to really stabilize and pop. Find it in Japanese stores, or grow it yourself. It’s easy to grow during summer in New York.

Method:
Bring some water to a rolling boil—not in a microwave, please!

Put the herbs and gojis in a coffee mug.

Pour the freshly boiled water into the mug.

Leave on the counter to steep and cool naturally.

Drink as it is, or if preferred, transfer to a tall glass and add ice.

It's a new dawn, it's a new week. Journal prompt