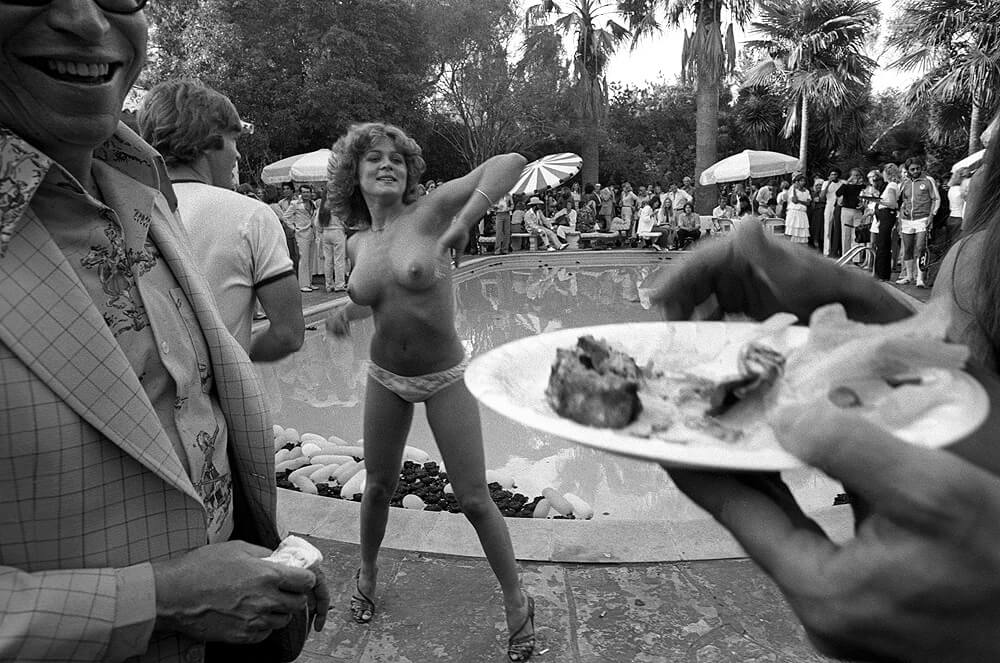 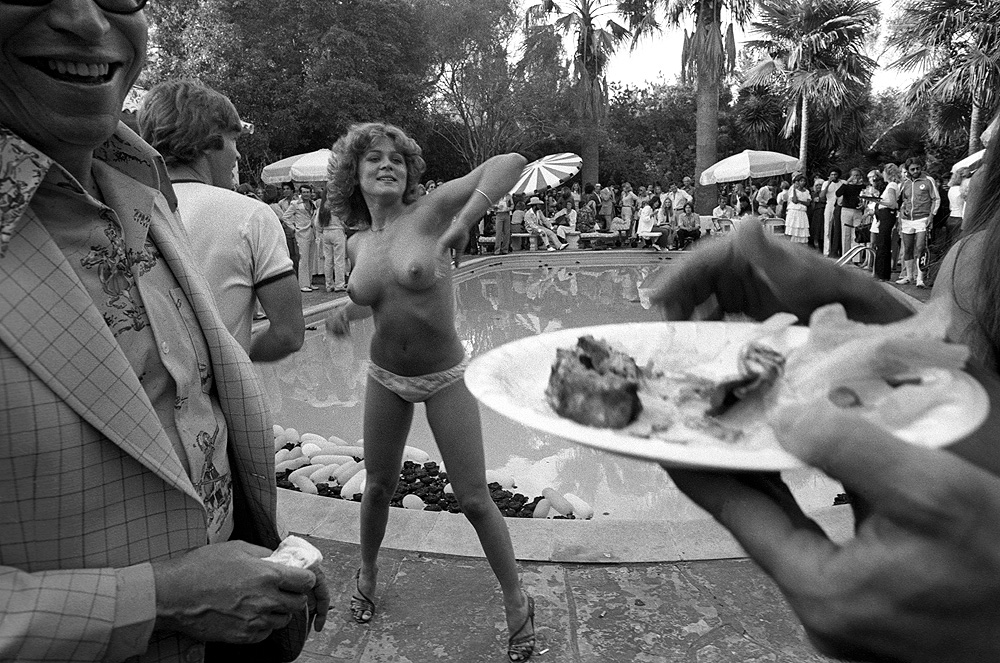 YOU’VE got Ibiza, Glastonbury, and…Hollywood? Certain global locations just seem to rob people of their inhibitions and inspire the kind of semi-naked, joyous hands-in-the-air dancing photographer Brad Elterman captured at this 1977 pool party at a mansion behind the Beverly Hills Hotel. Maybe it was just the 1970s (“back then it wasn’t too much of a big deal going to a Mega Mansion party in Beverly Hills with nude girls, because I attended three or four a week!” he says) – or maybe you could put it down to the ley lines.