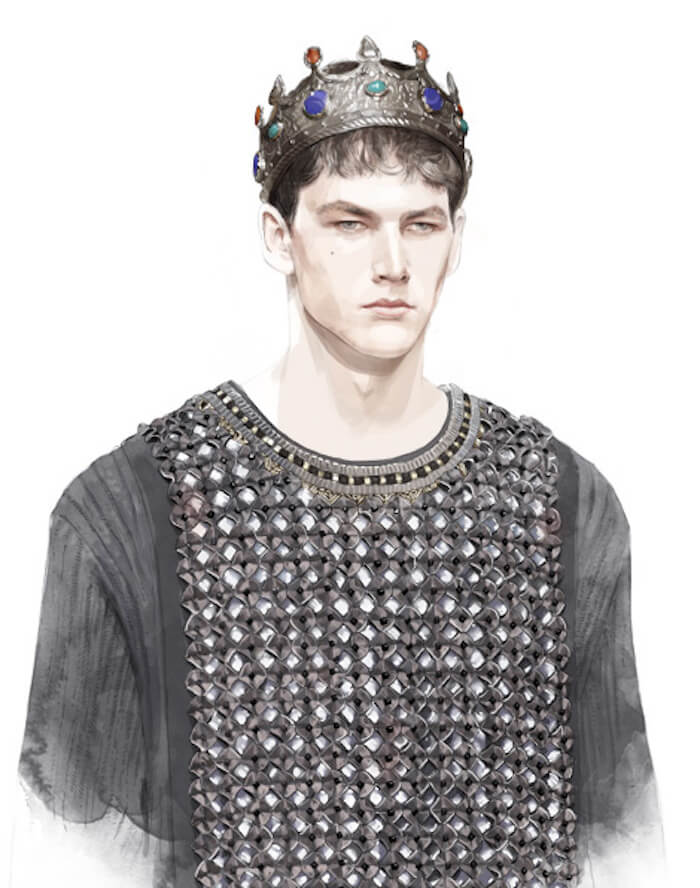 Why men find it hard to feel is a case of nature and nurture. But when the new empowered masculine is invited to express himself, relationships become a catalyst for healing, says Darren Austin Hall. Images: HANs via Behance.net 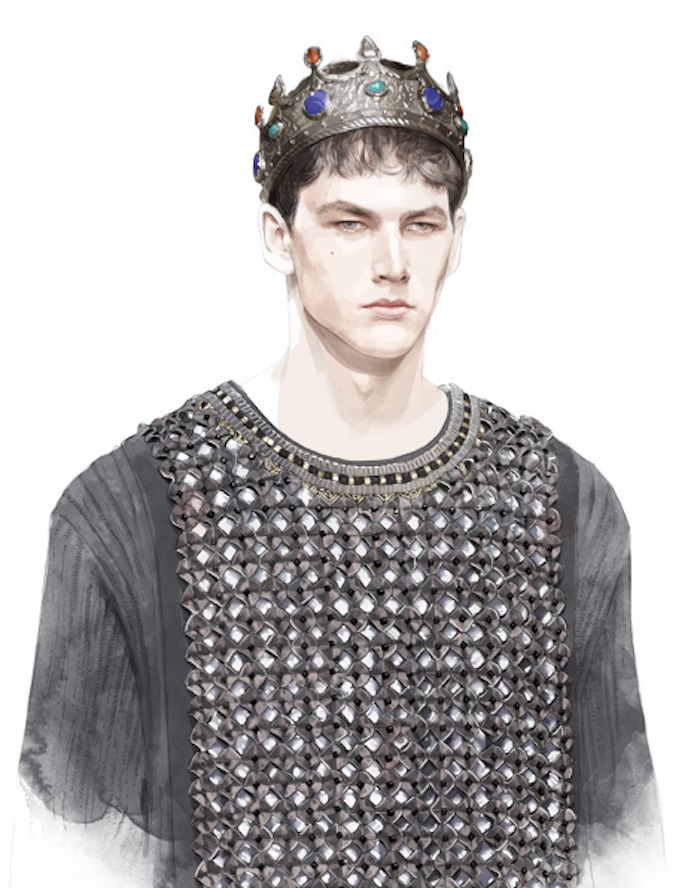 “The rule of patriarchy demands that men armor themselves, not only to impose force upon the world, but to resist the Feminine externally, and deny or conceal its presence internally, in themselves. On the path of the hero…the genuine hero is a man who develops his power against patriarchy, rather than in support of it. He overcomes armor in the cause of amore.” – John Lamb Lash

I once had an insightful conversation with a female friend about her romantic struggles with men who perpetually shut down emotionally, a common dynamic in many relationships. I’ve also seen this complaint broached in neo-feminist articles online, often reading something along the lines of: “If you haven’t got your emotional shit together you don’t deserve me,” OR “I’m a queen and if you can’t handle intense communication then hit the road.”

Firstly, I want to affirm that the kind of Kali fury women feel when their male intimate won’t communicate with them and/or shirks emotional connection altogether is totally valid – and can, when appropriately utilized, actually compel a lazy King out of his benumbed emotional doldrums into attractive action.

But what many women don’t understand is WHY men shut down, and how they can support us with compassion when we do.

I’ve been interested in developing the “healthy masculine” ever since a life-changing trip to India, where I met a beautiful soul brother who introduced me to several inspiring texts on the subject. The insights of the King, Warrior, Magician, Lover series by Robert Moore and Douglas Gillette, and the raw, brutal truths of Iron John: A Book About Men by Robert Bly, shone a light on the struggles facing men in the modern world. Things I had always vaguely felt, but never knew how to express – due in part to my own emotional dullness.

And as I delved into these studies deeper, I began to feel a tremendous sense of compassion for my brothers and myself.

Foremost, men are conditioned to shut down emotionally by society itself. Men are taught that to express emotions is “unsafe,” because it makes our masculinity appear weak and soft. For so long, we’ve been taught that to be masculine is to be “hard.” And if you’ve ever given a modern man a massage, you’ll know this hardness is tangible, our emotional armoring manifesting as layers upon layers of muscular tension.

Here’s a massive truth that I want us all to pause for a moment and reflect upon: that hardness in the body is actually layers of ice-cold frozen tears.

My own inner-work has been about reimagining my masculinity in a patriarchal world which conditions an immature and dysfunctional masculine identity that doesn’t know how to feel. Along the way, I have been shocked at how reading about the pain of male warriors going to war for corrupt political aims provokes massive grief in me.

And also how reflecting on this subject awoke the realization in me that every time I got my heart broken, I did my best to bury the wounds so deep that only through psychic scuba-diving in my meditation practice years later would I be able to excavate and process them.

It soon became clear that I’d been carrying around a hospice of old wounds, waiting to be healed and transmuted into wisdom – since every feeling I liberated held its own insights and revelations. One reason I’ve come to believe women, as I’ll explain, often seem wiser than men.

Women are at advantage in the emotions department for a couple of reasons. One, women are encouraged to be emotional. As a result, while many women still struggle with how to process emotions skilfully and use them as tools for alchemical transformation, they are usually more comfortable than men in this realm.

Secondly, diverse ancient traditions purport that women are at an advantage to men spiritually. I didn’t really understand the rationale behind this until I studied Chinese Medicine, and realized some important facts about our physical differences.

In Chinese Medicine, a person’s shen, or spirit, expresses itself as our sense of conscious awareness. It is said that this spiritual force is housed in the Heart and travels in the blood. And when women have their menstrual cycle and bleed they are actually cleansing this shen; their spirit!

Furthermore, I was taught by Native American elders that the sweat lodge was actually created to help men cleanse in a similar way, to help them keep spiritual pace with women! Totally mind-blowing. 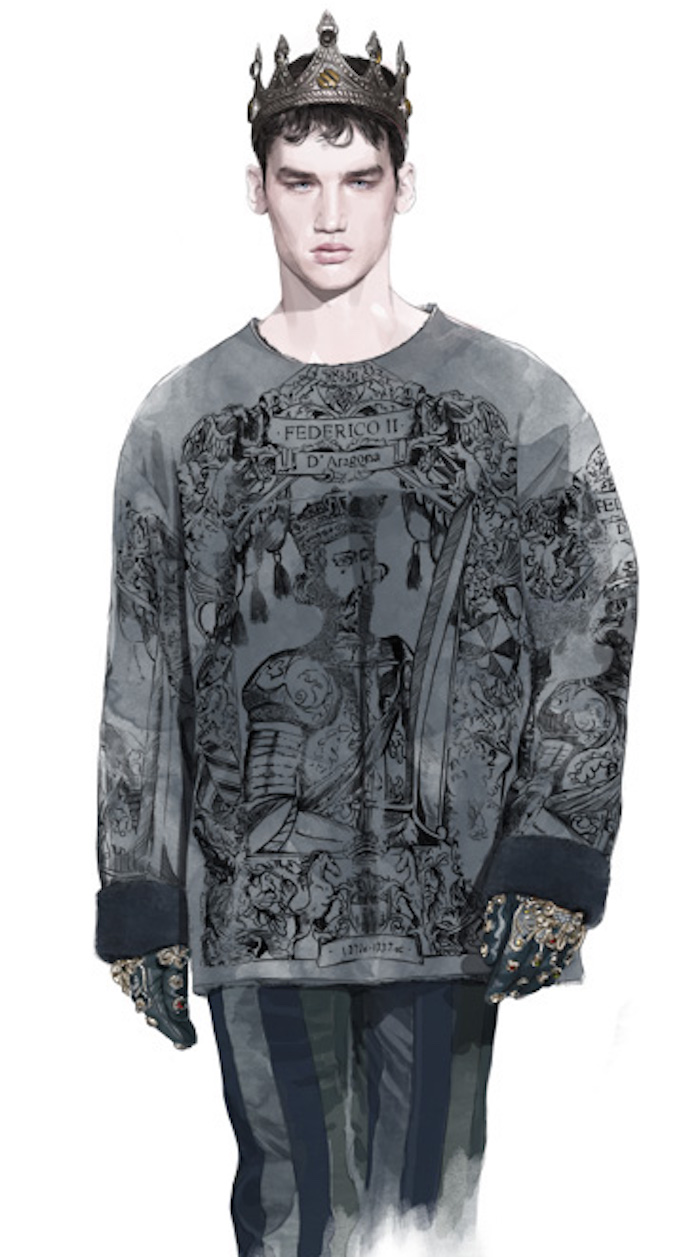 Could this be why men are more vulnerable to being murky of spirit and emotional awareness than women? If women’s blood, or spirit, runs more clear, it comes as no surprise to me that women are able to feel more clearly and thus exhibit more emotional wisdom than men – for as I’ve learned, feelings are the catalyst for spiritual revelation.

Moreover, menstrual cycles mean women are energetically connected to cycles of the Moon, which in turn is energetically linked to our unconscious. This is why the cycles of the moon can inspire utter wildness of feeling in women! The moon is literally prodding their unconscious to come to the surface to be integrated into the light of consciousness.

A final stunning detail on this note: I was told by another wise teacher that women traditionally would intention their menses to cleanse not only themselves but the spiritual nature of the world at large, using their moontime to help bring the unconscious of the collective into the light of consciousness to be integrated. It’s no wonder women can feel so heavily burdened during their moontimes: they are cleansing so much more than themselves!

In saying all this, I’m not trying to excuse men who refuse or don’t know how to acknowledge their emotions. I know first hand from my own relationships how difficult for women this can be. My intention is simply to create a space for compassionate understanding of our differences, helping us pave the way for better relations in the future.

Ultimately, when it’s understood that women are by nature (and nurture) better feelers than men, this can be integrated into not only romantic but all relations between men and women, as well as utilized as a dynamic tool for healing.

In the past, I used to fear the way women seemed to know my pain even if I didn’t express it. Now I understand that female intuition is a great power that needs to be honored – but that we also need to honor how scary it can be for a man that she can usually tell when something is up no matter how hard he tries to hide it, for fear of appearing weak. 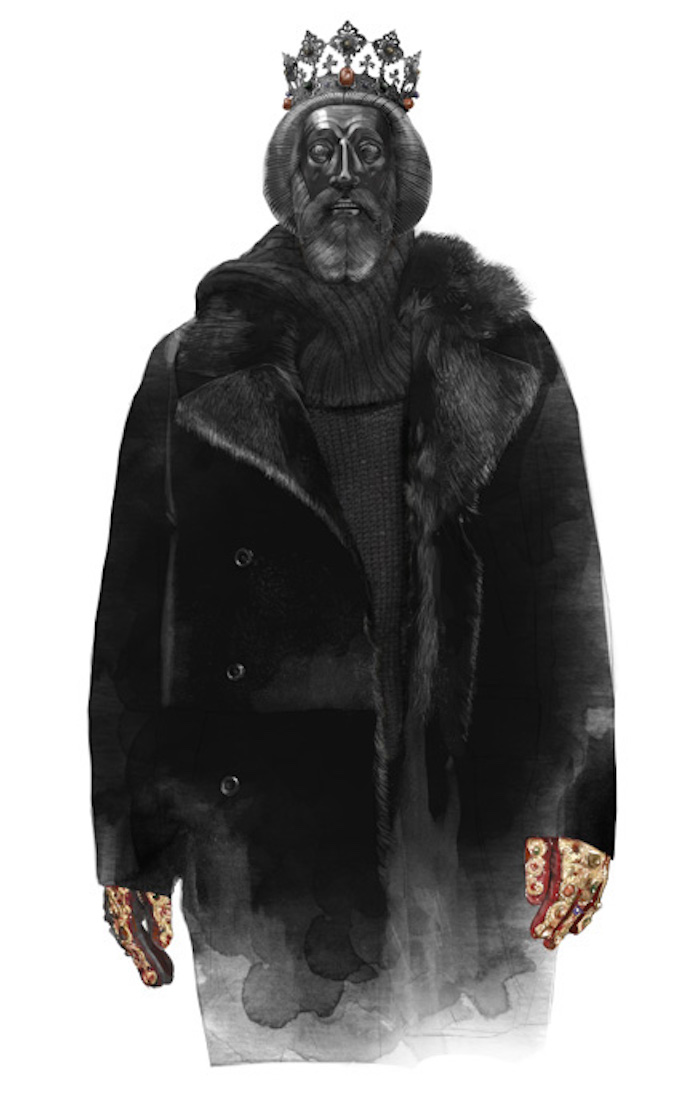 In the ancient romantic culture of the Troubadours, there’s an old adage: amore over armor. Men are constantly armoring themselves to fit an outmoded idea of masculinity, and while some protection is useful to buffer us against the trials of the world, most men are carrying way too much (which actually goes for women too, as we’ve all been conditioned by the patriarchy).

So the next time a man, either your partner or a friend, exhibits this kind of emotional armoring, instead of falling into frustration and even anger, choose compassion. Allow space. Ask tender, loving questions. Use touch and the beautiful arts of seductive love to tease out the truths from his tense body in a safe space that welcomes vulnerability.

Women’s gifts of sensuality and feminine beauty can entice the masculine to drop its defenses and open its overly guarded heart. In the ancient romantic traditions, this was seen as one of the great powers of women: to disarm men and invite their innermost essence to be expressed. Imagine if the women of the world used this power against all the war-mongering tyrants, to draw out the wounds that are at the root of so much violence!

When a man starts to feel openly, sharing his tender truths with women, then intimacy can blossom exponentially. Women will see, perhaps for the first time, the beautiful innocence that men hide in our hearts, and have been too afraid to show to a world they felt would demean them for it.

Further, perhaps we’ll realize that there’s a profound context in all romantic relationships for cultivating the balance between the masculine and feminine; for these two cosmic polarities to dance finally and ultimately in unison, fusing in the beauty of the divine.

Darren Austin Hall is a sacred musician, sound healer and spiritual teacher. His empowering music entails diverse, salving instrumentation, across crystal singing bowls, Indian tanpura, mystical guitar and shamanic singing. His new album, The Tantra of Truth, is a collection of ecstatic songs inspiring the evolution of consciousness and deep transformation, and he is one of the headlining musicians for The Yoga Conference in Toronto. He is also trained in Chinese Medicine and shamanic healing and is a gifted teacher and facilitator of a wide array of workshops on new paradigms of spirituality and healing. His writing appears on the blog The Druid, and is published online on sites such as Elephant Journal. Darren also co-facilitates a men’s group in Toronto devoted to raising the consciousness of the masculine and is a devotee of the wisdom of nature. Darrenaustinhall.com