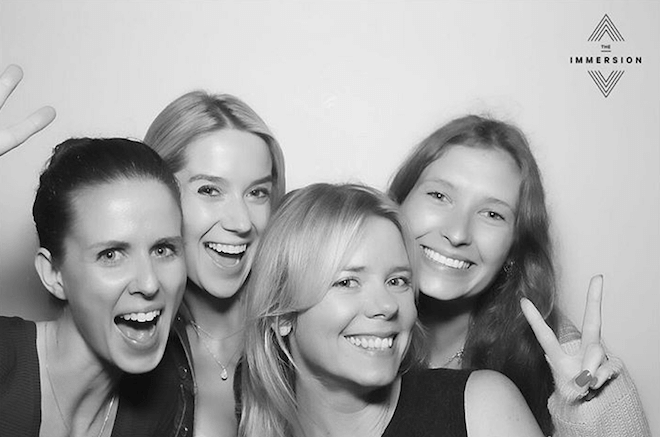 An Immersion with my yoga preachers, an animal spirit out of balance, and an epic journey of self-discovery…

:: MONDAY & TUESDAY ::
I’m dedicating some extra space today to THE most incredible weekend with my friends at lululemon. “The Immersion” was a four-day experience in Austin, TX, hosted by lulu ambassadors Gabrielle Bernstein and Baron Baptiste—creator of mega transformational practice, Baptiste Yoga. And it came at the perfect time for me, since 2016 has been the year I’ve finally found a dedicated yoga routine, but have found myself yearning for ways to tap the spiritual side of the practice. As in, use it as a way to commune with the Universal oneness, y’all!

Well of course this is Gabby’s whole jam with her Kundalini practice, which she described to us (50 of the most switched-on, diverse and interesting disrupter-entrepreneur types I’ve had the privilege of spending some dedicated hang-time with—and what an HONOR to be numbered among them!) as bringing “physicality to my spiritual practice.” A long-time meditator, “I was always like, ‘how do I get my body involved?'” And I may not be the most dedicated K-head (“K” as in Kundalini, obvs), but every time I do practice I can be guaranteed some pretty out-there downloads from the energy I call “spirit.”

And then there was Baron, a prime example of a breed I’ve named the “yoga preachers.” Not in the sense that he’s preaching a certain way to be or dogma to believe. If anything, his philosophy centers around the concept of “santosha”—sanskrit for something like: “satisfaction with the status quo…tinged with curiosity for where this could go.” But he’s one of those teachers with a sixth sense about precisely the right words to deliver at precisely the right moment in the practice to unlock the door to the divine. That is, to an understanding of your Self as a limitless being of pure light consciousness. Hallelujah!

:: WEDNESDAY ::
A also brought along my new Wild Unknown Animal Spirit Deck, a.k.a. my favorite new toy. The card I pulled for guidance about my time at The Immersion? The Firefly—a flighty, creative energy that burns super-bright, but can easily burn out. Which sounds exactly like me—a major introvert—in full-on retreat mode. The suggestion to bring this energy into balance? “Write a poem.” Which I’ve actually never done before, but which has rapidly become my favorite thing! Kim Krans’s practical tips are one of the best things about the deck. Have you been using yours yet? I’d love to hear what you think. 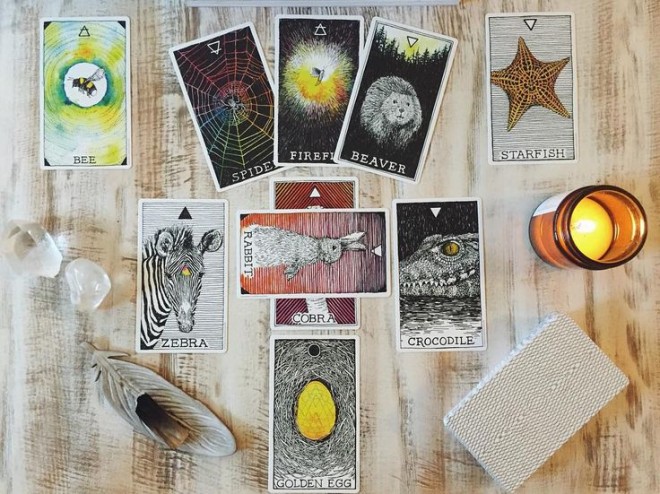 :: THURSDAY ::
So Ellen Degeneres is a secret Numi. Um, going through the research for a recent interview I did with her uncovered the following evidence: she came out after a trip to spiritual development center Esalen, where, “What came up was: ‘would they still love me if I was gay?’ It made me feel ashamed that I was pretending to be something else, just to make people like me”; she’s a long-time advocate of Transcendental Meditation – “when your computer goes crazy, you just shut it down and when you turn it on, it’s okay again. That’s what meditation is for me”; AND in 2010 she founded a record company called eleveneleven. #materialgirlmysticalworld

:: FRIDAY ::
You guys—I’m so so close to handing in the final manuscript for my book! And writing it has been the most epic journey of self-discovery, something I was reminded of today when I re-worked the intro I wrote as part of my original proposal waaaay back in early 2015. From the overall tone, to my knowledge and understanding of all things numinous, the process crystalized exactly how much I’ve grown in the past 18 months—not least as a result of me literally living what I’ve been writing about. Which bodes well for the impact the finished result could have on YOUR lives, dear potential readers! Safe to say I’m fully psyched to share my baby with y’all next year. 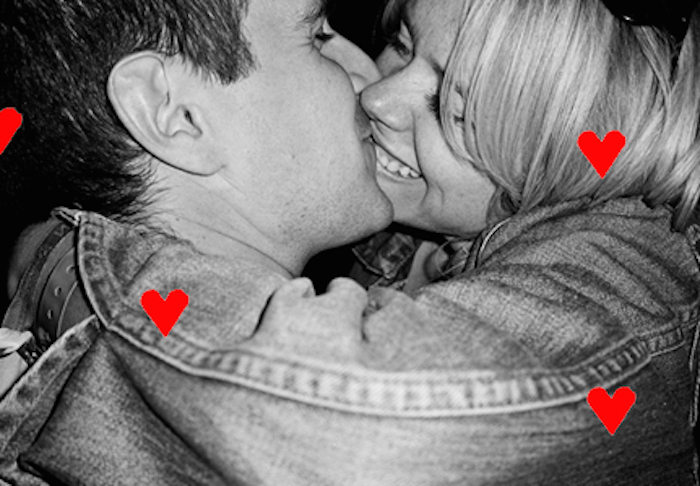 I finally tried transcendental meditation, hit up a NYFW zen-den, and decided we must be morphing into Sting & Trudie Styler…Main photo: Ruvan Wijesooriya 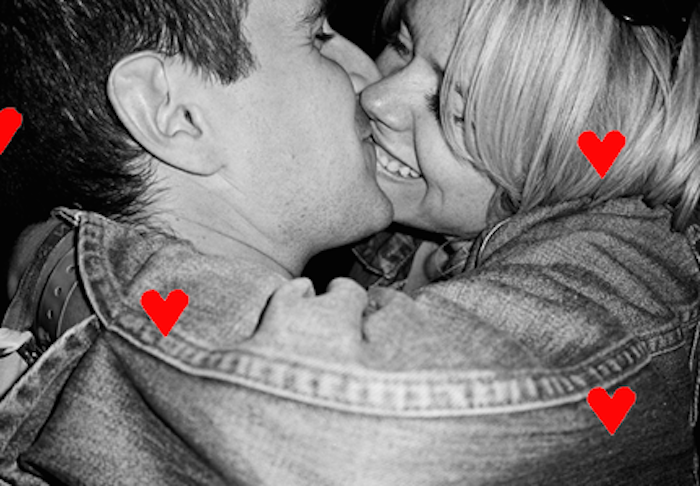 :: MONDAY ::
This week has been A LOT about meditation, beginning with a visit to Numinous writer Ellie Burrows’s MNDFL meditation studio in downtown NYC. Ellie and her business partner Lodro Rinzler opened up shop in November, offering New Yorkers in need a space to come breathe – that also looks and smells divine, and has Rishi tea on tap. “But when are you coming to Brooklyn?” I whined, since as beautiful as the MNDFL experience is I can’t see myself getting on a subway to go meditate. Or maybe I should take a leaf out of one member’s book, who travels in from Willamsburg to attend two classes per day – now that’s what you call a dedicated practice.

:: TUESDAY ::
Speaking of which, having dabbled with various meditation techniques over the past five years, I have yet to find one that’s stuck. Mindfulness, zen Buddhist meditation, the Headspace app…I’ve lasted a few months with each at best. And then there was transcendental meditation (TM), which I always figured had to be the real deal since it demands two 20-minute sessions per day, but was always totally intimidated by for the same reason. Until I met Bob Roth from the David Lynch Foundation, who tried to convince me that actually TM was an effortless technique. Well this was the week I took him up on his offer to teach me and…WOW. Effortless IS the word (who knew?), and even a few days in I’m like: why would I not maintain this practice in my life? It’s like I can literally feel my body being de-programed of stress at a cellular level while I sit.

:: WEDNESDAY ::
The limited edition astrology collection by Christian Louboutin for Moda Operandi. That is all. 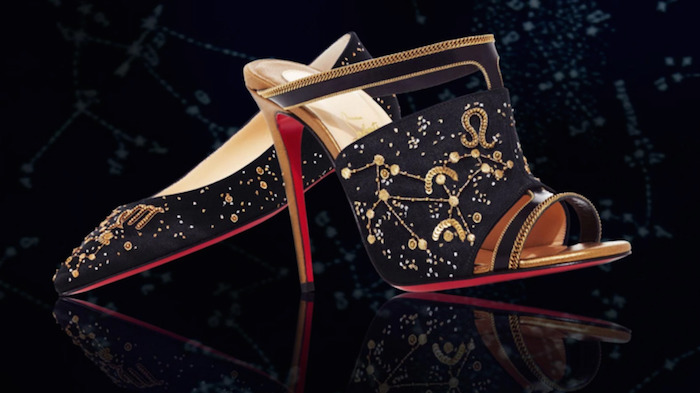 :: THURSDAY ::
A blissful start to New York Fashion Week at the Serene x Bandier pop-up SereneHouse – a totally high-vibe zen den at fitness fashion store Bandier’s new Fifth Avenue space, Studio B. Oh who am I kidding, I don’t do NYFW (TF), and basically swung by to say hi to beautiful Serene Social founder Millana Snow, who curated the space, get me some reiki and grab a juice from The Butcher’s Daughter on the way to my next TM session. And if you’re in NYC this weekend, I suggest you do the same. The full event line-up is at the bottom of the post and you can RSVP here to reserve a spot.

:: FRIDAY ::
So when the Pisces (husband) and I first got it together BACK IN 1999 (see main pic), we were basically Robbie Williams and Kylie Minogue in this music video. Then we got married and went through a kinda David and Victoria Beckham phase (mainly me helping him work on his look). As for our latest incarnation? Well we’ve given up booze and eat mainly plant-based, and we meditate together when we wake up. Our plans for V-day: “fancy trying tantric sex?” he asked last night. Which can only mean our metamorphosis into the next Sting ‘n’ Trudie must almost be complete 🙂 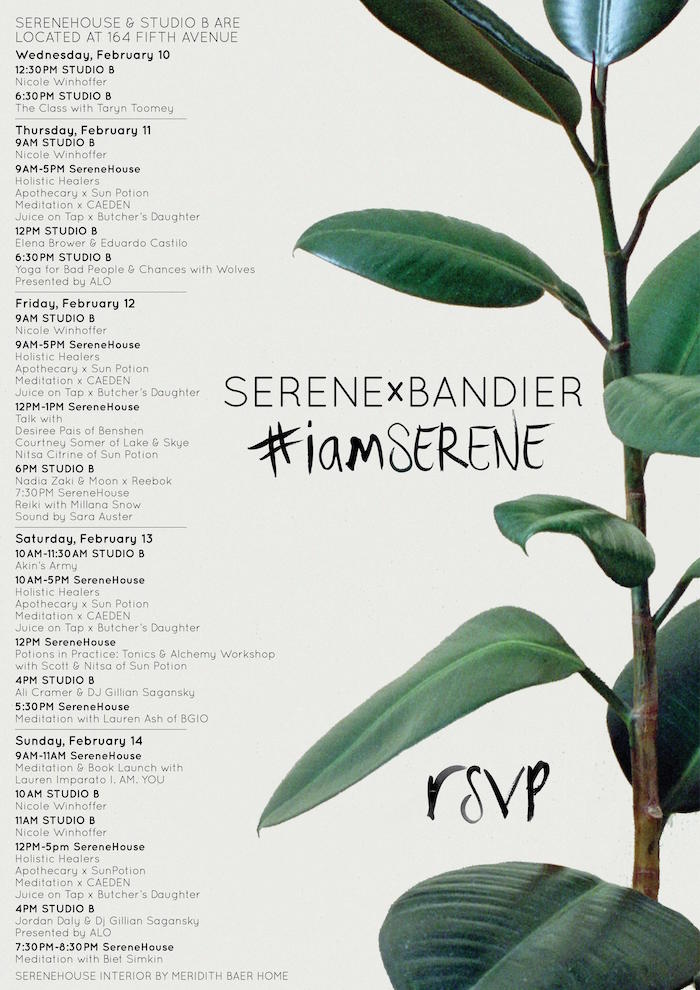