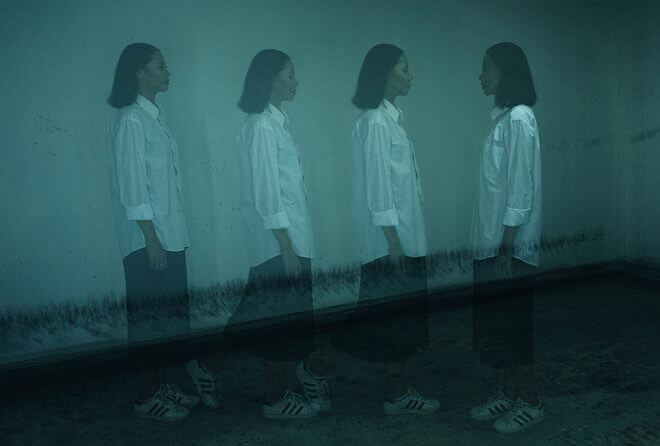 The numerology of 10/10 brings a double dose of good karma—if we are brave enough to use it, says Felicia Bender…Artwork: Eandaru Kusumaatmaja 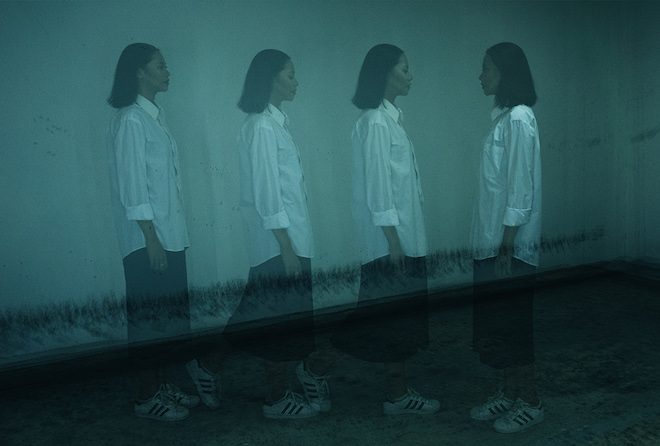 In Numerology, the number 10 is a Karmic number.

Yet while the other Karmic numbers (13, 14, 16, and 19) indicate that there is a debt to be paid, the Karmic number 10 offers something different.

This number actually offers a burst of “good” karma.

And with a double dose of this energy available to us on 10/10, comes a fabulous opportunity to do some work around completing certain things in your life that need closure. To be kaput. Done. Finito.

As such, the numerology of 10/10 offers us a portal for rebirth. For here is an opportunity to identify and act upon our sense of individuality and assert our independence in a healthy and dynamic way. It is challenging us to step into our authentic and unique gifts.

For with the numerology of 10/10, we’re also offered an energetic opening that links with the valuable energies of the number 1—which are leadership, independence, individuality, creativity, and a pioneering spirit.

And so, if we are willing and ready, here is an invitation to take action to finish what is DONE in our lives, and then turn our focus and our talents to new beginnings.

This said, the numerology of 10/10 will take considerable courage and initiation for optimal results.

And as if it weren’t powerful enough on its own, this year 10/10 is happening in the number 9 Universal Year (2016 is a 9 Universal Year). So this day offers some added punch—IF you’re ready to surrender, and to let go of what is no longer serving you and opening yourself to making room to change to enter your life.

The Universal energy of the 9 has been plying all of us all year long with intense energies related to change, transformation, and letting go.

And, now that we’re readying for 2017—a 1 Universal Year—this collision of the 9 and the date 10/10 becomes super-powered.

Don’t miss out on setting the stage for stepping into the next big thing in your life.

Rethink your own thinking. Can you step back and see the ways in which you have perhaps been living with an outdated operating system? Working within limited beliefs and worn out memories that continue to hold you hostage in an unfulfilling or off-track life?

No more excuses. This one is self-explanatory. It’s time to take responsibility for where you find yourself right now—the good, bad, and the ugly. Step into where you are and make a plan for the change you want to see, whether it’s one small step or a monumental shift.

Lighten up. All of this change, transitional and momentum can feel unsettling and can tip into overwhelm, and a feeling of being heavy and “too much.” If this is the case, try to shift perspective and pace yourself. Find humor when you least expect it. 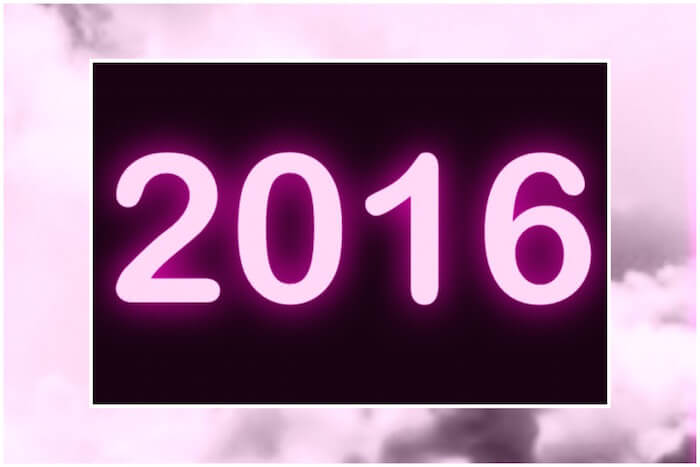 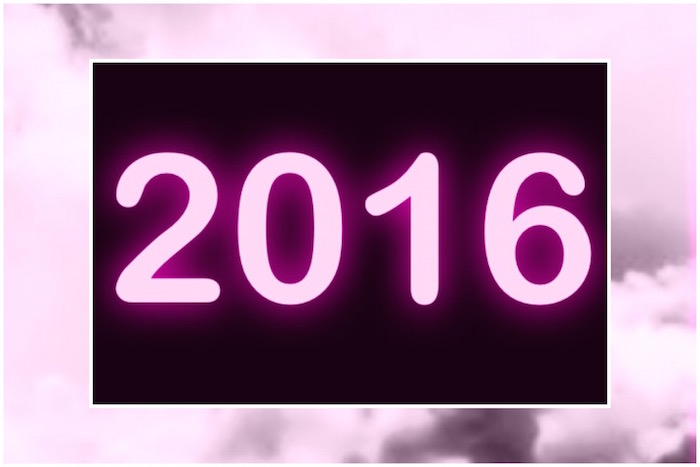 One of the reasons we simply can’t resist making New Year’s Resolutions is because we’re feeling a very real, very profound shift in energy from one year to the next. By the Numbers, it’s undeniable.

You calculate the Universal Year by simply adding the numbers in the current year (in this case, 2016) together like this:

So the 2016 numerology makes this a number 9 Universal Year.

So what about this 9 Universal Year?

Close your eyes and think back to 2008 (global financial crisis, anyone?). What were we collectively doing then? The reason I ask is because together we’ll be closing out the cycle that started in 2008—meaning, we’ll be evaluating and wrapping up what we started during that particular year because it was a 1 Universal Year. The 1 Universal Year is the start of a cycle—all about new beginnings. 2016 is a 9 Universal Year, which is the end of a cycle—all about completions.

Everyone on the planet will experience a year where conclusions, letting go, surrender, loss, and transformation are key themes. We can feel this, can’t we? From world politics to the microcosmic detail of our personal lives, it’s simply not business as usual right now.

2015 was the beginning of an intensly transformational Universal Year cycle. I call it a three-year “push” time (the Universal Year Cycle 8-9-1) where all of us will be met with challenges forcing transformation—pushing our lives into the next level of development and evolution, personally and for the planet as a whole. I keep seeing end-of-year postings on social media about how people are wishing “good riddance to bad rubbish” to the year 2015. This year was a challenging and intense year all around.

2015 tested all of us in the realms of personal power—it insisted that we stand up, step into our empowerment, and get it together with the material aspects of our lives. It was a year for financial gain (or loss) and was quite demanding on our time and energy. Everything was amplified in 2015. We were all being tested (again and again and again) in order to clarify who we are and what we want in our lives. Then it was the time to follow that up with action – whether that meant leaving things that weren’t working for us, or expanding our scope, taking some calculated risks, and moving into the “real us” with decisive action.

2016 is not the time to push, push, push. It’s the time to go back to the future (so to speak) and take inventory of the past—make amends, forgive, say your good-byes, and let go.

This is the year for surrender. It’s truly the time to place the oars with which we’ve been furiously paddling our life’s boat and give them a rest—to settle back and go with the current. It’ll take us where we need to land—despite the discomfort (if not downright terror) of not knowing the final destination. After all, there might be some rapids, waterfalls, shallow points, and maybe even some leeches and alligators along the way!

Handing over control and trusting a Higher Power instead of clinging to our Individual Will is the ultimate challenge of the 9 Universal Year—while at the same time moving forward with right action. Surrendering doesn’t mean sitting around and waiting for stuff to happen. If we’re ready, willing, and able to let go and move into a new, more highly evolved state of being, then 2016 is the year where dreams can manifest instantly. When there is no resistance, the full force of transformation has nothing to collide against.

When this happens, the beauty is in the breakdown. The butterfly is released from the chrysalis and can express itself fully and completely. Just imagine the transformation that could occur if, collectively, we could let go of what is no longer serving us and create a new paradigm. That’s what 2016 offers—the supporting energy to get rid of the old and make room for the new. This will happen across the board – in the world political spectrum and in our daily personal lives.

On the other end of the spectrum, the destructive tendencies of the 9 energy have to do with stubbornly and myopically hanging on for dear life to everything from the past (the comfort zone residing in suspended animation) — like a mausoleum of our own making. The whole idea that everything was better “back in the day” can be the ultimate caveat to progressing forward.

Clinging to a nostalgic past is one aspect of 9 energy that keeps us wallowing in quicksand. And then we wonder why nothing’s moving forward and life is clunking along as if we’re still driving a Model T in the age of hovercraft.

The magic of the 9 Universal Year won’t be fully evident until the dust has settled and we collectively create new systems to replace the old, outdated, or demolished ones.

2016 will demand our unabashed trust that what’s going is meant to go, even when there’s nothing solidly tangible to replace it with yet. The experiences gleaned in 2016 are a catalyst for global change and transformation with a humanitarian focus. The vibration of the 9 is highly creative and I daresay the Arts will be instrumental in this global change and transformation we’re working toward.

The number 9 is an innately “spiritual” vibration and, when we experience it, the challenge is in embodying and acting upon the constructive elements of all the numbers. That’s a big order to fill!

So 2016 is prodding all of us to take the lead in our lives (1) using love and diplomacy (2). We will be offered opportunities to communicate with a sense of joyful self-expression (3) while using our good sense, setting up a plan, and following through with hard work (4). “Freedom” can sought with focused discipline (5) and we’ll need to pay special attention to our domestic relationships and take on some added responsibility (6). It’s also about delving into our spirituality (7) while taking charge of our material existence (8).  And then wrapping it all up in a humanitarian bow! (9)