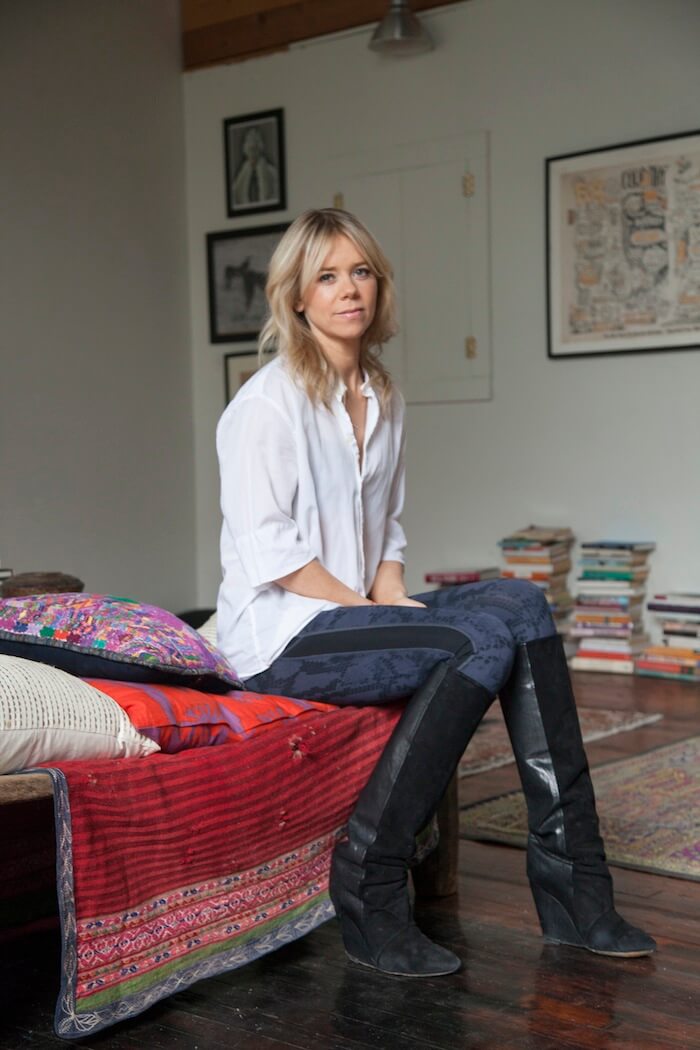 Real spiritual “work” = practise + action – and 2014 was the year I finally signed up, says Ruby Warrington.

“Doing the work”. It’s a phrase that gets thrown around a lot in holistic / alternative wellness circles – but what does it actually mean? Is it like the time I went for acupuncture and was given “homework” to do – little sticky packs of Mugwort, called “Moxa”, to affix to my liver meridian and set light to like incense each night? Fair enough, I had been drinking quite a lot to avoid dealing with a stressful work situation, but wasn’t the state of my liver my practitioner’s to deal with?

Apparently not. If I’ve come to understand anything about how real healing, both physical and metaphysical, works in the past year, it’s this: ultimate wellbeing – just like ultimate abundance, ultimate freedom, and, ultimately I guess, ultimate bliss – is a collaborative effort between myself, whichever practise I happen to be working with at the time, and the all-loving, all-knowing Universe itself.

Looking back over the past twelve months, I can honestly say I’ve had one of the best years of my life. And not because everything just “worked out”, or opportunities fell from the sky like globules of golden bird poop. But in terms of my personal evolution, I feel like I’ve busted through blocks (to borrow just a little self-help speak) I wasn’t even aware were holding me back. Well maybe I was aware…but there’s NO WAY I was going to admit it and deal – not in this lifetime at least.

But deciding to face my demons, be my own knight in shining armour and slay the freakin’ dragon once and for all, looking ahead to 2015 I feel simultaneously like I’ve aged a decade and like I’m ten years younger. And it has not been easy. There have been tears, and there has been anguish. There has been much meditating, much journaling, and much reading of books with “Conversations” and “God” in the title.

But above all, there has been a very conscious decision on my part to actually “do the work”.

When I used to hear that phrase, I’d think it was referring to some kind of mystical alchemy that went on inside the body if you did enough yoga, took enough gong baths, or had enough therapy. As if the divine oneness was watching on, and would do some divine laying on of hands to absolve all your issues once you’d reached a certain quota of zen / worthiness.

2014, which shall forever more be referred to as “the year that changed EVERYTHING”, showed me that it’s actually way more prosaic than that. You want to change something? Move forward in your personal development? Bring about the internal “shift” that’s gonna raise your vibration to attract all the abundance you just know is out there waiting for you into you life? Then babe, the buzzword here is action.

For example, it’s one thing to accept that perhaps your cash flow issues are more to do with your attitude to money than the fact accounts clerks get off on withholding checks owed to you – and a whole other deal to weep buckets in a Family Constellations Therapy session as you see how it’s actually intrinsically linked to your Grandmother dying young, and your own mother not really knowing how to give you love as a result.

But the real work? That happens when you then do the Landmark Forum, and realize you actually have to call your mom and tell her it’s never really been okay that she loved your brother more than you, because she’d basically learned how by the time he came along. And then you actually do call her, and there are buckets more tears, but you end the conversation by telling each other how you feel like mother and daughter for the first time you can remember.

Phew! That’s what I call work. And it’s also where the “mystical alchemy” part comes in, because you know what? I’m facing down 2015 in a better financial position than ever. “Money” equates to “mother” in Jungian therapy after all.

And if dealing with my lack mentality was what I decided I wanted to work on in 2014, once the floodgates had opened it turns out it was time to tackle all the other niggling issues I began to realize were all a part of the jigsaw puzzle. Those feelings of lack…well weren’t they also contributing to my inability to share (the load, my visions, my real feelings)? This was another Landmark revelation – the full story / trauma of which I’ll share (now I’m getting better at it) in a later post.

One of my favorite things of all has been learning to work with my intuition this year – you know, actually act on my gut feelings about things, even if this often means taking the scarier, hairier route. If I started to meditate because I thought it would help me get more clarity and focus, little did I know the work my practise was prepping me for was the ability to first notice my truth, and then go stand in it, no matter how many people it might piss off.

And by meditation, I don’t just mean the ten minutes I manage on a good morning. By bringing the practise of being able to step back from my thoughts to everything I do – a hard core workout, a complicated writing assignment, my super intense / difficult / transformational experience at Burning Man, and, yes, my relationship with my mother, has been some of the most important work of all.

I actually predict that “work” and “money” are going to be big themes for us all in the coming months. In numerology, 2015 is a universal “8” year (you add 2+1+5), which is the number of challenges, personal power, and hard-earned reward for your efforts. In other words, do the work this year and the compensation could be bigger than ever. So here’s how…

First up, you need to define what you want to work on. And I say, go big. No shying away from that “thing”, it’s time to drag the monkey off your back, look it right in the eye and declare: GAME ON. (Oh but clue – the real monkey might not be what you think. Like my money issues turned out to be mother issues, the fact you have a hard time holding onto a relationship is, undoubtedly, all about your DAD).

Now just start looking around for the “way in”. Besides the Family Constellations work and the Landmark (which is pretty hard core, FYI), last year I also tried acupuncture, breathwork meditation, had regular visits with a shaman, hit the mat at The Class with Taryn Toomey, and worshiped at the church of IntenSati. Not to mention that transformational trip to Burning Man. Each and every one of which provided an insight, a tool, or a doorway for me to see into.

WALK. THROUGH. THE. DOOR. Don’t just stand there looking at the portal of opportunity any one of your practises has opened for you. Where the rubber meets the road, is where you choose to take action. It’s one thing to get an intense download about your relationship with your father after a particularly crazy Kundalini kriya, and a whole other ball game when you then send him an email laying out all the deets (yes, this also happened to me last year).

Don’t be shy. As in, don’t shy away from taking the necessary action. And if you’re having trouble working out what that is, it’s probably the thing you least want to do. But you know you have to. In fact, if it makes you cry just thinking about it, that’s probably it. Tears – of emotion, of compassion, of release – are often how you know the work is working.

Finally, you’d better embrace feeling a little bit weird, while all this is going on. Our brilliant Tarotscopestress Louise Androlia (aka Louniverse) is also a holistic life coach, and one of her favorite things is to remind her clients it’s actually normal to feel abnormal when your life is transforming, inside and out. So expect to doubt yourself, expect to feel vulnerable, expect to question your sanity sometimes – just don’t expect it to be a breeze, is what I think she means. After all, if it was meant to be easy, it wouldn’t get called The Work in the first place. But it’s worth it.