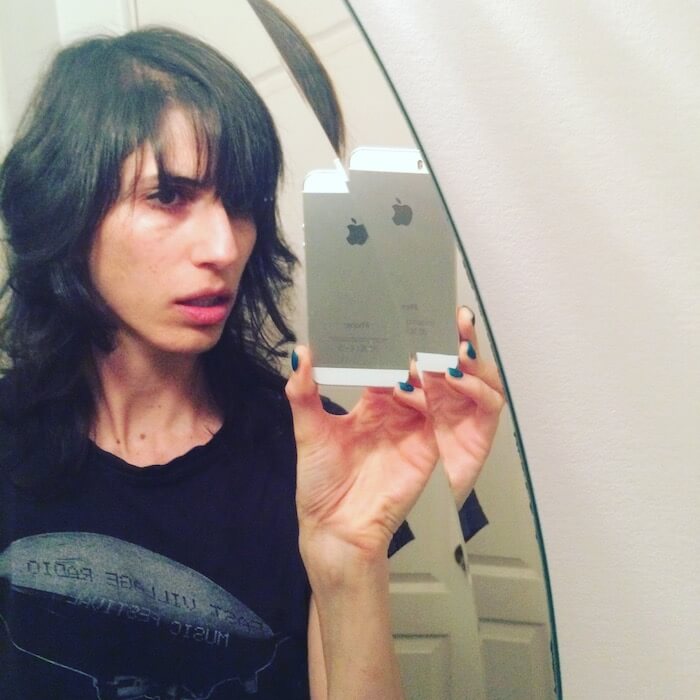 Personal development can sky-rocket when you decide to face your fears—as Rose Surnow discovered on a sex, drugs and death retreat…

I’m afraid of… basically everything. Swimming in a dark pool? What about sharks? Even though that’s impossible. Cute guy asks me on a date? He probably just wants to murder me and sell my pubic hair on Craigslist. Amazing job opportunity falls in my lap? It’s obviously a Ponzi scheme run by terrorists. So many fears, so little time!

Raised by intelligent but pathologically anxious parents, I was taught that the world is a land mine where nothing is safe. Wear a sweater! Wear a helmet! Wear a hazmat suit! Better yet, just don’t go outside. SOMETHING COULD HAPPEN. “Being Jewish is so relaxing,” said no one, ever.

So, it goes without saying I’d be terrified of things like sex, drugs and death. My greatest fear is probably having sex on drugs, and then dying. So, when I was invited to a mindfulness retreat called “The Taboo Weekend” to discuss these exact topics, I jumped at the chance. It was time to face some fears.

Organized by bohemian power-couple Michael Hebb and Angel Grant, the event is meant to help people open up about difficult subjects in order to live a more meaningful life. Hebb and Grant started the company Death Over Dinner, where they host dinner parties all over the world, to get people talking about death.

Held at a beautiful luxury retreat center in Atlanta, called the Inn at Serenbe the event was three days of discussion, meditation and reflection. And it was an incredible. I felt my heart break open a little more, my walls come down a couple inches, and my spirit get lighter and more free.

If you ever find yourself at the Taboo Weekend (which I highly recommend) or any retreat at all, check out my tips on how to get the most out of it. Because if I can get out of my fears and be present, literally anyone can.

:: PARTICIPATE FULLY ::
It’s easier to be a Skeptical Susan, judging life from the sidelines, than a Participating Pam. But Pam always wins in the end.

On the last day of the retreat we had a “sex lunch” which meant we sat in randomly assigned groups, ate fried chicken and took turns answering really personal questions about our sex lives. A dude in recovery confessed that sober sex was really intimidating. A beautiful blond talked about how her anti-depressants made climax impossible. And a hot German guy admitted that he didn’t like casual hook-ups and needed an emotional connection.

Everyone just spilled their insecurities like it was no big deal, and it was kind of an epiphany. Maybe our biggest insecurities aren’t that big of deal. Maybe we’re all just people doing the best we can trying to figure it out. I left that conversation feeling lighter than I have since I was a kid.

:: GET IN THE HOT TUB ::
I think it was Shakespeare who said, “Hot things happen in hot tubs.” So get in already! (And, if your retreat doesn’t have a Jacuzzi, what the fuck are you even doing there?)

On the first night of my Taboo weekend, I ended up in a Jacuzzi with a group of cute, young people because, doy. Slowly, everyone left to go to bed until it was just me and this hot guy named Brian. HOW CONVENIENT. We looked at the stars for a while and pretended to ignore the implications of being the last ones left. Then he walked me to my hotel room where we made out until the sun came up.

The point is you could die at any moment, so get in the hot tub of LIFE and make-out with Brian. Sidenote: straight men who go on mindfulness retreats are amazing lovers. Slow, sensitive and sensual it almost makes up for every single dude you slept with in college.

:: INTERVIEW A HOLOCAUST SURVIVOR BUT, SOMEHOW MAKE IT ABOUT YOURSELF ::
The speaker who gave us a lecture about drugs was best-selling author, addiction expert and Holocaust survivor, Gabor Mate. Even though he’s 72 years old, he’s still fine as hell in that tormented Eastern European way. He looks like if Adrien Brody melted.

Gabor spoke a lot about the mind-body connection and if I can reduce his two-hour lecture to one sentence, it would be: Every problem in your life stems from not getting the love you needed as a child.

Obviously, that’s incredibly simplistic, but I can’t summarize his entire lecture here (but you should definitely watch his Ted Talk).

After hearing Gabor talk, I interviewed him about his life. I asked about his experience in Budapest during the Holocaust and then somehow we ended up talking about depression. Gabor has been on and off Prozac for decades, and I’ve been on Lexepro since I was 19. Then Gabor started asking me all these really personal questions about my life, my childhood, my family. Suddenly, I found myself crying about my parents’ divorce…when this motherfucker SURVIVED THE HOLOCAUST.

I’ve never felt more millennial: “Oh, your grandfather was murdered by Nazis. That sucks. My dad didn’t support my art!”

By the end of the conversation, Gabor had me smiling and laughing. “How do you feel now?” he asked me.

“That is your true essence,” he replied. “That is who you really are.”

:: STAY CALM WHEN A WOMAN GETS POSSESSED BY KUNDALINI YOGA SPIRITS ::
Weird things happen at New Age retreats. I was sitting in a small lecture with Gabor Mate when all of the sudden this woman started violently convulsing. Gasping for breath, jerking, and shaking, I thought for sure she was having a panic attack.

Apparently, she was experiencing some kind of “Kundalini episode.” Whatever it was, it was scary to watch. I was starting to feel a little panic-by-proxy, when Gabor started to calm her down.

“That’s okay. How are you feeling?” he asked.

Then Gabor asked us all to stand up and get out of our chairs and imitate her movements. “We will do it with you, so you’re not alone.” We started jerking and shaking and it was kind of fun. We looked like a group of white people trying to dance. Finally, she calmed down.

It was like magic. Gabor turned this weird, edgy experience, into a supportive, playful exercise. Everything was okay. She was okay. She just needed to feel like she wasn’t alone.

If there’s one thing I learned over and over again on this retreat is that we’re all WAY TOO HARD ON OURSELVES. I spent three days having radically honest and open conversations with all types of people, from all types of backgrounds. And the thing I heard most was how much pain people were experiencing at their own hand. And I’m no exception.

All our problems are rooted in not feeling loved enough. And it starts with ourselves. I realize this article vacillates between sarcastic and cheesy, genuine and silly, but that’s me. I had no idea what to expect on a sex, drugs and death retreat. But what I got was compassion. A real sense of compassion for other people, for myself and for life.

When you face your fears, maybe the world’s not such a scary place after all.