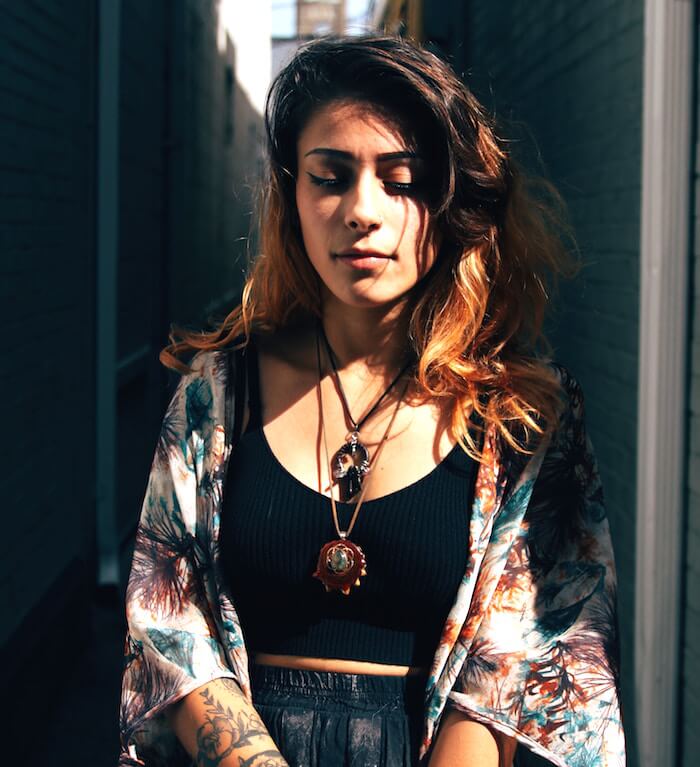 As the dust from last week’s Full Moon settles, the 2018 Pisces Waning Moon asks us to part the clouds of confusion, integrate the truths that were revealed, and shine a light on our growth, says Jennifer Racioppi …

As you integrate the truth bombs that emerged from last week’s Full Moon in Sagittarius and prepare for next week’s New Moon, the Pisces Waning Moon offers you the opportunity to stand in your truth, while purging and releasing what’s no longer needed or applicable.
What has become illuminated over the last couple of weeks? What truth has the Universe begged you to accept, integrate, and honor? Cultivate your harvest and shed what you no longer need. Then, forge forward.
>>>
//The Cycle//
While this Waning Quarter Moon animates pertinent information relating to the current lunar cycle, it also directly correlates to the Pisces Solar Eclipse that occurred at 18 degrees of Pisces on March 8, 2016. Can you remember the projects you were working on and the commitments you made then? This Waning Quarter Moon brings a conclusion to intentions set then, so keep focused on what’s becoming illuminated!
>>>
//The Transits//
The Moon in Pisces conjoins Neptune, Pisces’ ruler, and creates a trine to good luck Jupiter, asking you to honor the growth you’ve experienced and harvest what has come to fruition. With the Moon set to trine Venus in the hours just following, good vibes abound, so tap into them. On the challenging side of things, Neptune also squares the Sun and Mercury, meaning that there’s a high likelihood for confusion if you allow it. Read more about this below …
>>>
//The Square//
With the Sun and Mercury conjoined in Gemini in a tight square to the Moon and Neptune conjoined in Pisces, there’s a potential conflict between the mind and heart. On the lowest, most basic level, this combination breeds ambivalence and lacks precision. However, with Neptune squaring Mercury at the exact moment of this Waning Quarter Moon, an opportunity exists to take things up and octave and sacrifice over-thinking for a more intuitive approach (I highly recommend taking this option!)
>>>
//The Opportunity//
This Pisces Waning Quarter Moon brings a harvest, an opportunity to cultivate all of your hard work and claim your goal. Look back to the March 8, 2016 Solar Eclipse and visit intentions set then to see what’s culminating now. Simultaneously, integrate the truth bombs that went off at last week’s Sagittarius Full Moon and move on from what’s no longer working.
With Neptune in the mix, the truth may feel blurry. Remember that confusion generally means one of three things: 1// You know your answer and are afraid to admit what you know. 2// You are trying to do everything alone and need to ask for help. 3//You are rushing to find an answer to avoid the discomfort of giving things time to evolve.
Ask yourself if any of these explanations might help you to use confusion as a bridge to a more profound truth that exists within.
Leverage your tools; meditation, sobriety, tapping, ceremony. Get grounded and tune into your REAL reality. Your transcendent truth. The ultimate truth: oneness. Then claim what you know, and extend gratitude for the bounty you are cultivating. You’ve worked so hard, you deserve this!
For more Moon wisdom, or to book a coaching session with Jennifer, visit Jenniferracioppi.com.