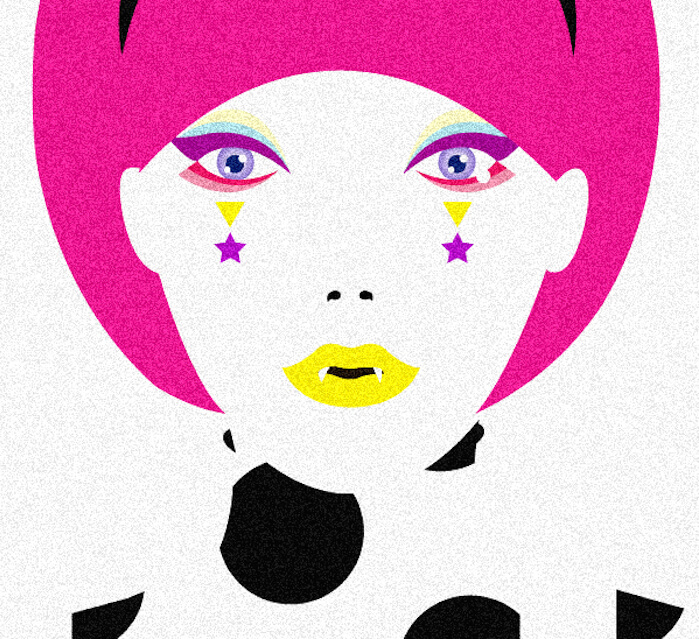 Be Here Nowish creators Natalia Leite and Alexandra Roxo share their experience fending off Vampire Lovers, PLUS 5 ways to protect yourself from a psychic vampire from Cat Cabral. Images: Pa-kwan Promsri via Behance.net 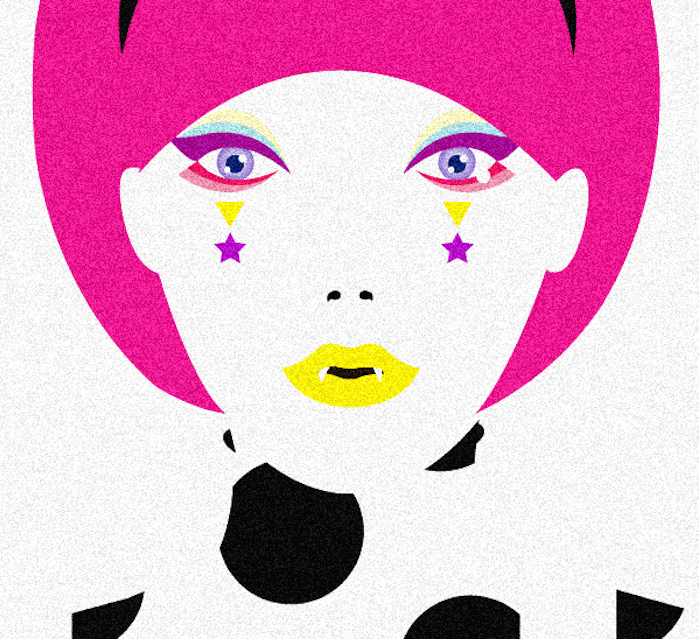 “Vampire Lovers” is our term for lovers that come flying into your world, suck out your life force. You have no idea what’s happened, but next thing you know you feel like a fucking zombie and your friends are calling for an intervention. But these vampires are not really blood drinking creatures (although sometimes they might want to do that too). They are more like psychic suckers, energy drawers, seductive manipulators who can milk your energy, mess with your psyche, throw you off balance, and take away your power.

The people are also sometimes called “energy vampires” or “emotional vampires.” It’s an archetype we all can embody unconsciously at times, it’s just that some of us have learned to master it, using it as a form of manipulation and self-preservation.

Okay, so in theory we all know we should stay away from people that make us feel helpless or weak. But can also be SO SO sexy to allow ourselves to be completely overtaken by someone. We romanticize it, imagining Brad Pitt biting our neck and kinda wishing we were Kristen Stewart in Twilight, even if we’re aware of the dangers of completely losing ourselves in that person. We each had our fair share of experience dealing with people like this in our love lives and found ways to cope with it, which we will share in this post.

At the bottom, CAT CABRAL, a New York based alchemist and tarot reader who’s been peddling the tools of the witchcraft trade for over a decade, has shared tips on how to identify and protect yourself from Vampire Lovers. 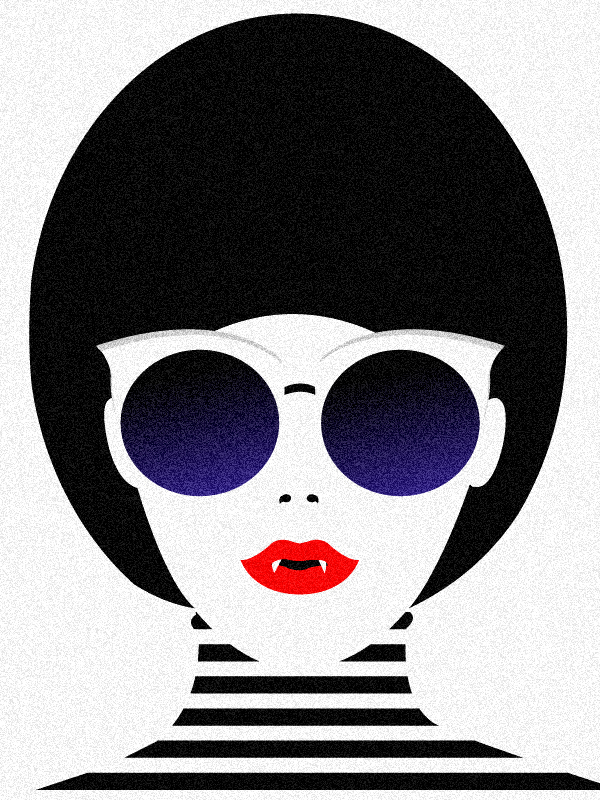 N: Exactly.
A: It was super fun, but you also have to really work on protecting your psyche because you’re exchanging energy with people so fast in those situations. And then you’re like “Wait, what? I’m tied up in a stranger’s bed again?!”

N: Right. Because the minute that you open up and surrender sexually to them, your energies are melding and exchanging whether you like it or not.
A: If they’re holding a lot of darkness you might get in a bad mood the next day and be super grumpy, wondering “Why do I feel so depressed?” or “Why do I feel so anxious?” – psychic gunk you maybe picked up up from the random person you just had sex with.

N: So how did you personally protect yourself and create that boundary?
A: Well, I had a date with this guy and we had really good conversation at dinner and then I went back to his house. I was getting bored and wondering where things were going but I kept thinking “In theory this guy’s great. He’s a lawyer, he’s attractive and also weird in a good way.” When we were kissing he was like; “I could totally see myself with a girl like you, you’re totally the type of girl I would fall in love with,” and that started weirding me out. And then his penis wouldn’t work so he just wanted to go down on me forever and that felt a little too intimate for a first date, so I said no. I did not want some stranger that I had literally known for two hours to just go down on me. Like actual penetrative sex would be less intimate because there’s a barrier of rubber. 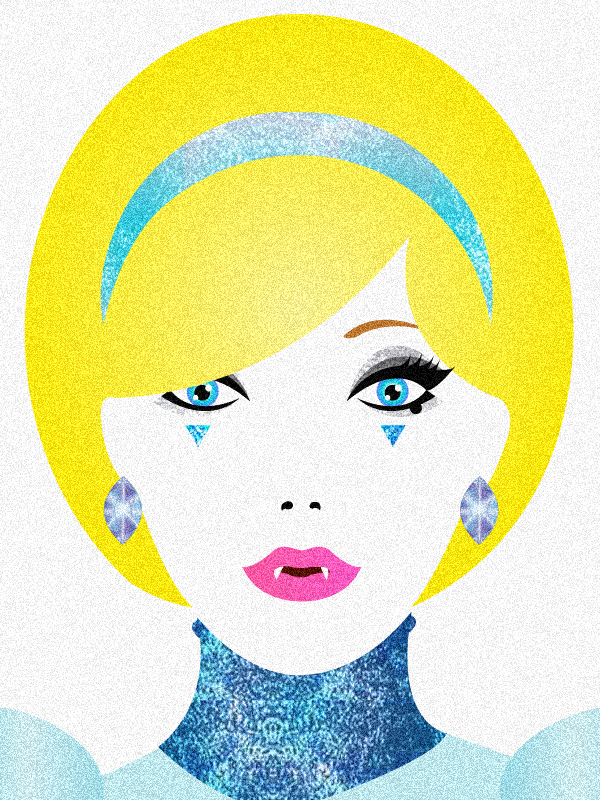 N: That’s really sad!
A: Depends how you look at it. Anyway, so then I lost my phone, slipped on the rug, and hit my neck on a shelf, and at that point I was like, energetically, “THIS IS WRONG.” My intuition was like “Get out! Leave!” Not because I thought he was going to be a psycho killer,it was just an energetic thing. He texted me the next day, but the energy, all the way from the initial hook up to me hurting myself was just saying “no.” It took me a minute to shrug off that icky energy. And he ended up texting me like 100 times over a period of three months and I had to block him. So I guess he was a crazy.

N: I guess it’s not so relevant to Tinder hook-ups, but I learned a few things to do after a bad relationship to release that person’s grip. I had one ex who was a total vampire – her energy was so intense. After we broke up, I would just like go to the bathroom and every time I took a shit I would think about her leaving my body, like in my poop. And it really worked! I also associated her with “shit” and so that became suddenly funny and meaningless. It quickly released the emotional grip she had on me.
A: That’s amazing!

N: When I was like having a lot of one night stands, I would sort of protect myself by being the one who was in control of the situation. But there were several times I would just like leave feeling a little icky because of that person’s energy.
A: What we’re talking about now is people that seem like amazing beings, but underneath they just want to suck out the good vibes. We both dated people who did that.

N: So what do you think it the first sign of a vampire?
A: They divulge too much too soon! They tell you their sob story straight off the bat.

N: Yes! On our first date my ex is already telling me how she doesn’t get along with her family and whatever health condition she’s got.
A: Health conditions, financial burdens…

N: They think that playing a victim will make you feel sorry for them.
A: But actually, it’s trying to force intimacy too quickly. The next thing that they do is tell you “YOU’RE THE ONE.” Really quickly. I dated someone like that. We were walking down the street and she looked at me and said: “What if you’re the one?” But I actually have proof she says that to many, many girls. 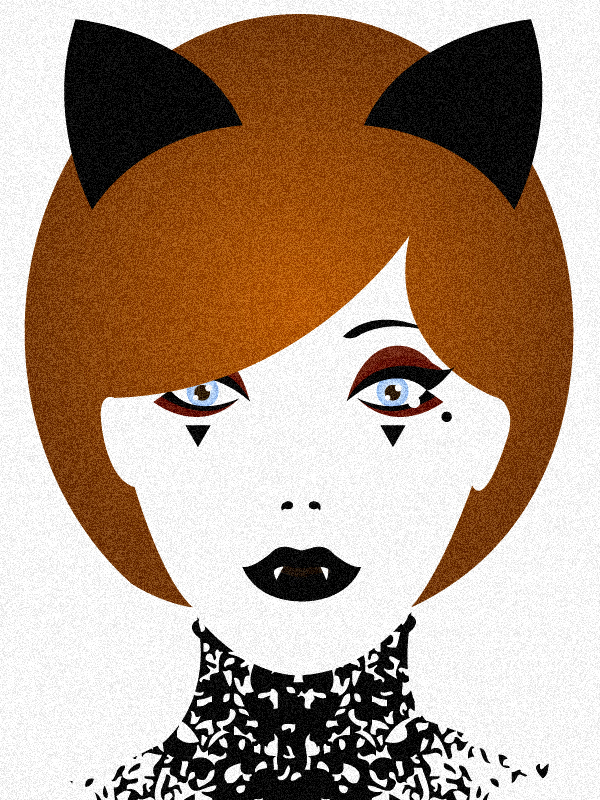 N: Yeah. At what stage?
A: We had maybe been on three dates. And I fell for it. My heart was beating fast.

N: This girl I dated was immediately doing things to me that I had found out that she had done in multiple relationships in the past. And telling me that she had never felt like this before and how she was going to marry me. I was really freaked out at first and didn’t buy it. To which she’d be like: “Why are you not trusting love?” She would make it seem like there was something wrong with me because I wasn’t open to receiving this “deep everlasting love.” She eventually convinced me to give in and surrender to her. Then finally when I’m like, “Okay, I’m going to give you my heart. Here’s my heart.” That’s when she bit me.
A: That’s the dark manipulation side of the vampire lover. It’s the hook and bait. They like pull you in by telling you that you’re the one, and then they start fucking with you. It’s so crazy. It’s a formula. The worst part is…I don’t think they even know they are doing it!

N: They just want your heart, and they’re unaware that they’re manipulating you to get it.
A: I think that those are the people you have to try to watch out for the most because energetically you may fall apart after them. It took me a while to get my “vampire lover ex” out of my life. She would call me in the middle of the night. Then she would text and say “Let’s be friends.” And then when we tried that, out of nowhere she would text “I want to have a family with you.” It got creepy. I just had to block her completely. But two years later I saw her, and she was kind. People change and time does heal.

N: Yeah, after mine ended but it really took me a second to find myself and feel strong again. Taking some time out to be alone, or changing your scenery can be helpful. For a while I was scared of bumping into her, thinking she could tip me over just by looking at me, and not because I loved her or wanted to be with her, just because she had that power and I knew it worked on me for a period of time.
A: So alright, now we’ve shared, let’s hear how we can avoid falling into unhealthy patterns with lovers… 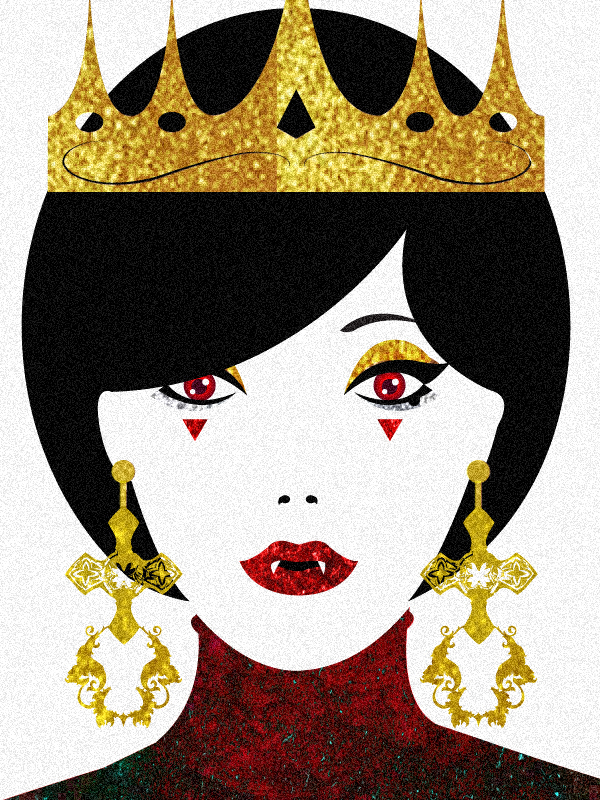 1) Have a Daily Spiritual Practice: Be it daily meditation, chants, or prayer, some form of daily spiritual practice will not only ground and focus your own energy, but it will open your levels of awareness, sharpening your own intuitive skills. With deeper awareness, it’s harder for vampires to enter your space and it’s easier to spot their unbalanced and often charming yet ultimately harmful nature.

2) Sea Salt Baths On the Full Moon: An old and soothing tradition that will help cleanse your ethereal body. Once the Moon is full, she begins to wane, an excellent time for cleansing and removing negative energies, known and unknown. Fill your bathtub with sea salt and lunar herbs such as lavender and wormwood. Imagine all negative energies, people or situations being absorbed by the water and then going down the drain. If you only have a shower, you can pour the salt and herbs into a bowl, wash as usual, and then pour the mixture over your body following the same ritual/visualization.

3) Glinda’s Crystal Ball of Protection: Remember in The Wizard of Oz, how Glinda sails away in her pink protective ball of light? Before you leave your house, imagine at the top of your head a small globe of white light illuminating at first your third eye, then your throat chakra, moving down towards the heart center, solar plexus, lighting up your reproductive zone and continuing down to your feet, so that you are completely engulfed in healthy protective white light. Imagine this light expanding into an invisible sphere that nothing negative can penetrate.

4) Symbols of Protection: Every culture has unique and powerful symbols to ward off negativity such as the pentagram, crosses, hexagram, ankh, Hand of Fatima, Runes, the list goes on! Find one that has a special meaning to you and either wear it or carry it daily.

5) Banishing Rituals: Letting go is often hard when you’ve been under the spell of a particularly seductive vampire. Create a circle with salt around you and set up an altar for your ritual. Take a white figure or plain candle to represent the person and carve their name into the candle. Dress the candle with oil for banishing (olive oil can also be used). As you light the candle, watch as the wax drips down and imagine the person disappearing from your sphere of influence. Write a letter saying everything you’ve been thinking, saying goodbye, never wishing them ill will, but clearly stating that they hold no emotional/spiritual/physical power over you, that your paths are clear and will never cross again. When the candle is almost finished, burn the letter and then discard of the ashes and wax somewhere far from your house or bury it in the ground. Burn sage, cedarwood or frankincense to cleanse the space and move on with confidence.

How have you learned to protect yourself from a psychic vampire? Share your tips in the comments below!