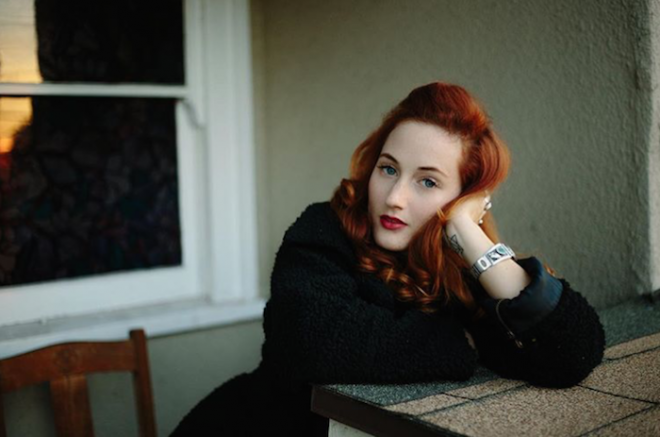 Daniel Pinchbeck is a writer, thought leader, speaker, and one of few modern radical voices that come from a grounded, realistic, and holistic perspective. Today we are in dire need of leaders and thinkers who can articulate and envision a path towards union and healing that includes our political, environmental, cultural, AND our spiritual state. Daniel speaks of the whole picture, with a balance of right/left, masculine/feminine, science/art.

His new book How Soon is Now REALLY resonated with feelings I’ve been having for years about the nature of the world we live in, which I have explored in my own writing here on The Numinous and in some of my films. This includes the need to make a shift from focusing on the personal, to focusing on the global. To overcoming spiritual materialism. To escaping hyper-individualism and coming together.

Also, how plants may be aiding in our evolution on multiple levels. How our approach to love and sex is so heavily politically guided and conditioned. The need for rites of passage and the need for ecstatic connections to the cosmos and to each other, through experiences like Burning Man, with psychedelic experiences, and a reconnection to the Earth.

Beyond all this, Daniel’s book reveals to us how we can engage with the planetary shift and initiation that we all know at soul level is in progress, and in doing so be a part of the healing of our planet.

Even better, Daniel is going to be LIVE with us for Moon Club this Sunday Feb 5, which means you can join and ask him questions too! Click here to sign up.

ALEXANDRA ROXO: So you’re an author, a TED speaker, a radical thinker, a writer. You wear a lot of hats in terms of your work. What’s the common thread?
DANIEL PINCHBECK: I think that the core of my work is a philosophical quest for the nature of reality.

AR: Word. Was there was a clear point at which this search began?
DP: I had a major spiritual crisis in my mid to late 20’s. I’d been writing for magazines, and it just began to feel very nihilistic. I felt this kind of total emptiness. I also realized ultimately that when people believe conscientiousness is only based in the physical hardware of the brain, then life has no particular meaning. I was like, ‘okay, how can I actually inquire into this?’ I remembered my psychedelic experiences in college as having suggested that there were these other layers of psychic reality that I didn’t really understand.

So I went back to them and went to West Africa, to do Iboga and I went to the Amazon to work with a tribe in Ecuador with ayuasca and so on. These travels informed my first book Breaking Open the Head, and then new questions kept opening up—because these experiences had completely transformed my world view.

AR: The subtitle of How Soon Is Now? is: “From personal initiation to global transformation.” To me it feels like that is what we’re all being called to now, on a micro and a macro level.
DP: I came from a leftist background, and I always had this uneasy feeling about our culture and the direction our society was headed. And then when I looked more into the ecological disaster that we’ve constructed and the amount of poverty and inequality that the system creates, I also saw this whole “new age” spirituality thing, with the meditation and the yoga, as kind of like a trap—because I felt that people were using it as just another distraction, getting so obsessed with their own little healing journeys. 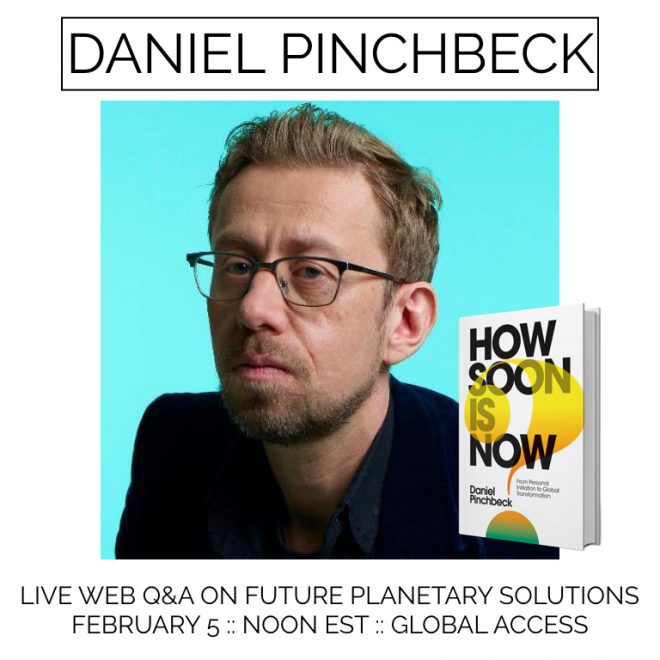 AR: There is definitely the idea of: “I’m entitled to my healing and my enlightenment and I gotta just focus on that.” Healing individually is very necessary too—but how do you see us then finding a way to integrate this into healing the Earth?
DP: It would require for those of us who’ve been on this evolutionary initiation path to reach another level of our capacity to…hold a new frequency, to express it to people who are out of the loop. One thing that really began to upset me overtime was Burning Man. When I first went I was like ‘oh of course, this is the model for this new society. The point is to now bring this out into the world.’ But overtime I saw it become more like another entertainment complex. I saw the people who run Burning Man being really kind of pleased with themselves because all these rich people wanted to hang out with them.

But I think a shift is actually happening, because of this geopolitical emergency that we’ve unleashed. For example, I saw a really good thing on Facebook—this guy wrote that he used to have three different groups of friends that didn’t really integrate very well. One was artists, one was meditators, and the other was activists, and he was, like, thanking Donald Trump because now they’re all in the same group. We’re basically confronting a very, very severe existential emergency with this situation, that I think people are beginning to comprehend in kind of waves.

AR: In the book you use Burning Man as an example to show how if society praises you for good behavior, like cleaning up your own trash for example, and if we praise each other for good behavior, we can start to rewire the conditioning that says it’s somebody else’s responsibility to ‘do the right thing.’
DP: I feel that what Burning Man reveals and why it was such an ‘aha’ moment for me is that our social nature is extremely malleable and changeable, and humans will conform like putty to whatever reward system presents itself. So, say you get laid by becoming a Neo-Nazi and hating on the Jews, a bunch of people will do that. If you have lots of lovers or one lover or whatever you need, as a result of being generous, altruistic, and sharing your gifts open heartedly, you’ll do more of that that.

AR: So how did things tilt so far to the extreme right?
DP: Unfortunately, the extreme right has managed to marshal a lot of collective intelligence by expert use the media system, whereas the progressive community has been much more slow and much less strategic and tactical.

There’s actually been a phenomenon of people on the coasts in LA and New York having greater freedoms, better lives, more opportunities, but we haven’t really taken care to transmit these benefits to the rest of society. And, rightfully in a sense, the rest of society realized they were just being shafted and got extremely angry. I think that theoretically, the more conscious we are of this, we have to bear the blame when things go this wrong.

AR: That’s a tough wake up call for people. If you’re living in light and love all the time, you don’t want to hear “hey, this is your fault, take responsibility, step up to the plate.”
DP: But this awareness is spreading rapidly right now. In a sense, what I am trying to show with the book is that the progressive mystical counter culture hasn’t done a good job of articulating the world that we want to bring into manifestation, beyond our individual process.

For example, let’s take The Beatles at their word: “All you need is love.” But how do you actually create a society centered around altruism and sharing and empathy, what does that look like? In the book I am pretty rigorous looking at this in terms of love and relationships, in terms of monetary systems, even questioning whether private property is good for us. I’m sure many people will disagree with some or many of my conclusions but that’s good. At least we have something to disagree about, which can lead to debate and innovation.

AR: I write about sexual healing quite a bit and you share an anecdote about the community, Tamera, in Portugal, that’s so moving—how a young man’s first lovemaking happens with all the group gathered around the house, celebrating and holding space for him. I cried. There is so much internalized sexual shame in our society. I grew up in Georgia in a very, very Christian space and I was totally shamed from a very young age. When I heard that story, I was able to envision people not “losing” their virginity, but embracing this as a rite of passage—leading to us totally flipping the way that we approach love and sex.
DP: One of the founders of Tamera in Portugal said that sexuality is a superpower that radiates throughout all different facets of society, and we can totally see that with this last election. We saw it with Trump and the grabbing of the pussy, Hillary and Bill Clinton, Roger Ailes who was the Fox News head who was taken down in a big sex scandal, and all of their connection to Jeffrey Epstein, the pedophile…

In a system where sexuality is oppressed, alpha male types seek power and wealth (versus creating a system that spreads wealth evenly) so they can have sexual access, you know? Since the sexual revolution of the 1960s, society is more open about sexuality, but it’s actually been reintegrated into a system of domination and control. So it becomes MTV Spring Break or Sex in The City, that type of vibe.

AR: Yes, those pop culture markers reveal that on one level we can “have sex” and “be sexy” but on another level it’s absolutely not okay as a culture to accept our sexual nature.
DP: Rupert Sheldrake writes about the idea of “morphogenic fields” or “morphic resonance”—that actually, when a small number of a species is able to fully discover or integrate something new it can become generally available to the collective sort of non-locally. So if there’s a small number of communities that have shifted into this different frequency of collective care and responsibility and kind of a truly liberated Eros,  or attitude to love and sexuality, then that could really propagate quite quickly. I mean Neo-Nazism didn’t seem to exist two years ago…and now it’s all over the place. Or look at something like Facebook, and how quickly everybody began using it. Ultimately, I think it’s fully possible that positive shifts towards empathic and responsible social system could also happen rapidly.

Discover more about Daniel and his work at Pinchbeck.io. His new book, How Soon is Now: From Personal Initiation to Global Transformation