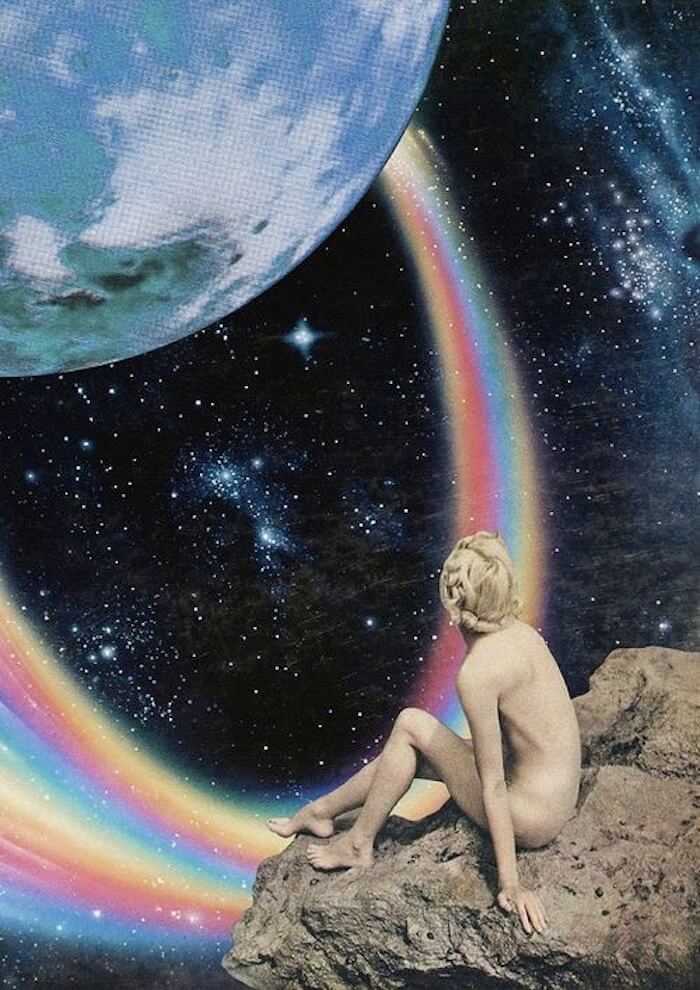 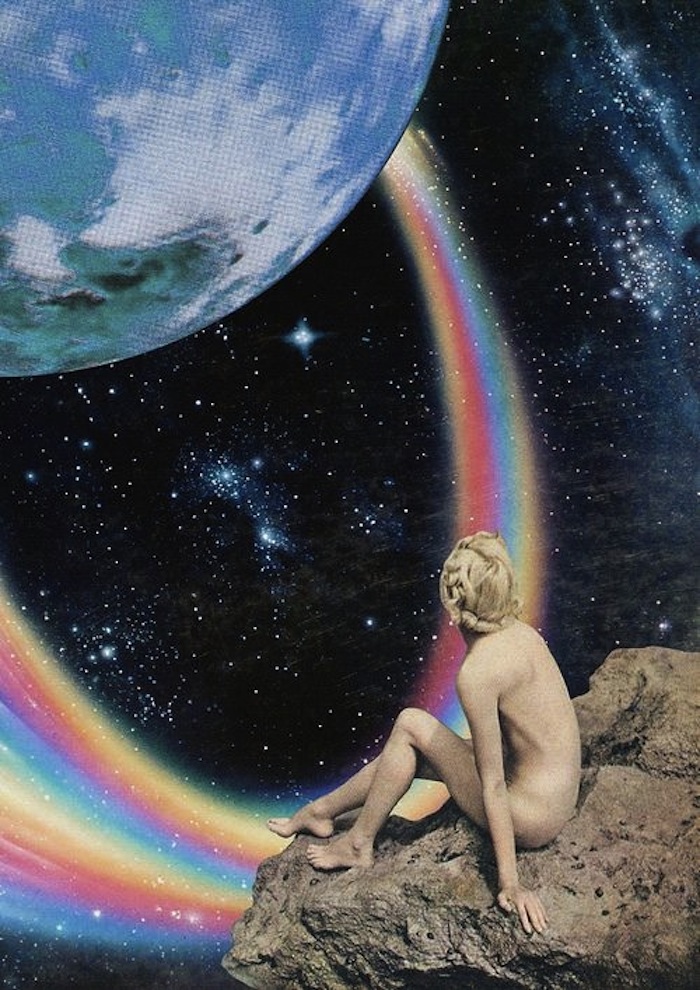 So this was going to be a post about how to use astrocartography to plan your vacations and retreats in 2015. Astrocartography is the practise of placing your birth chart over a map of the world, to see where the different planets hold the most influence for you – which is obviously completely fascinating, and I urge you to download your map here STAT!

But then I started reading Naomi Klein’s climate change manifesto This Changes Everything – and it’s become a story about how air miles feel like my most guilty pleasure.

Scanning my mind for my very favorite, most life defining memories, so many of them were made following the burning of a shit-tonne of fossil fuels – like the time I travelled to Greece as a moody adolescent, and got to experience another culture first hand for the first time. Or to Ibiza as a happy-go-lucky rave babe in my twenties, and to Miami to marry my husband, just the two of us, nervous and giggling like teenagers in the garden at the Delano hotel.

These are the memoires that exist in 3D Technicolor for me, aromas, emotions and all, and I had been fully intending to create many, many more in 2015. I’ve already booked a trip down to the Bahamas to swim with dolphins in February, which, considering I have a life-long phobia of snorkelling (I am a human, last time I checked I am not equipped for breathing underwater) I’m anticipating will be a game-changer for me.

Then there’s Lauren and Joe’s wedding in London in March (my biggest matchmaking success story), and the big ol’ Santa-Fe-to-Big-Sur road-trip I’ve been loosely fantasizing about. 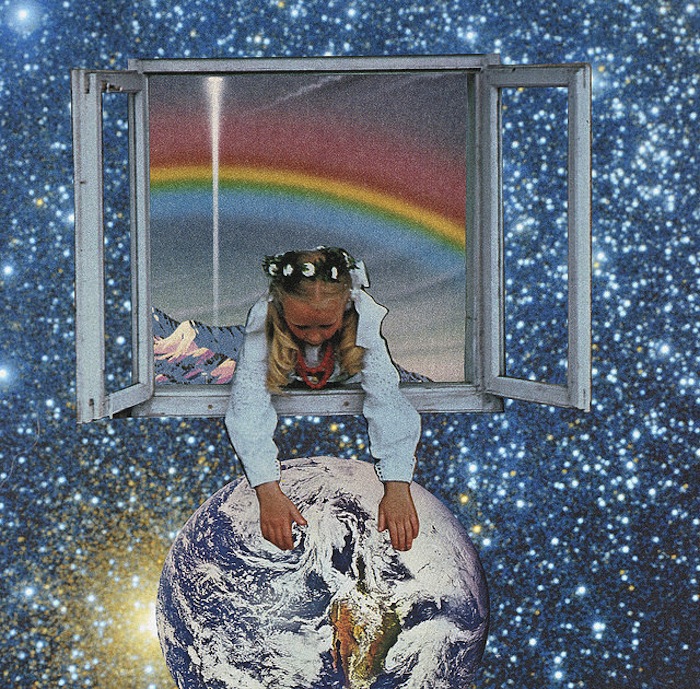 But since This Changes Everything, I’m beginning to relate to the part of my mind that continues to think it’s totally okay to jump on a plane somewhere every other month like that creepy, morally corrupt dude Mr. Burns from The Simpsons. There is shame, and there is a degree of disgust.

In her book, Klein says it’s our collective “climate change denial” (i.e. continuing to jump on planes places every other month) that means we’re currently facing a situation where, according to the International Energy Agency (IEA): “If we do not get our emissions under control by 2017 our fossil fuel economy will ‘lock in’ extremely dangerous warming.”

By “lock in,” they mean seal the deal on irreversible changes to our global climate, which could trigger completely devastating environmental disasters on an as yet unimaginable scale – the trailer for which disaster movie has already begun playing on a loop.

Klein’s manifesto makes for scary but what feels like essential reading. Relating to the 28% of fossil fuel consumption attributed to the transportation industry, it’s also got me thinking about Saturn, planet of harsh life lessons, restriction and karma, recently having stationed in globe-trotting, happy-go-lucky Sagittarius. Where it will remain until – you guessed it – December 19 2017, a.k.a. pretty much D-day on potential environmental Armageddon. Which suggests that the next three years are about a stern approach to re-thinking our attitudes to why, when and how we travel. 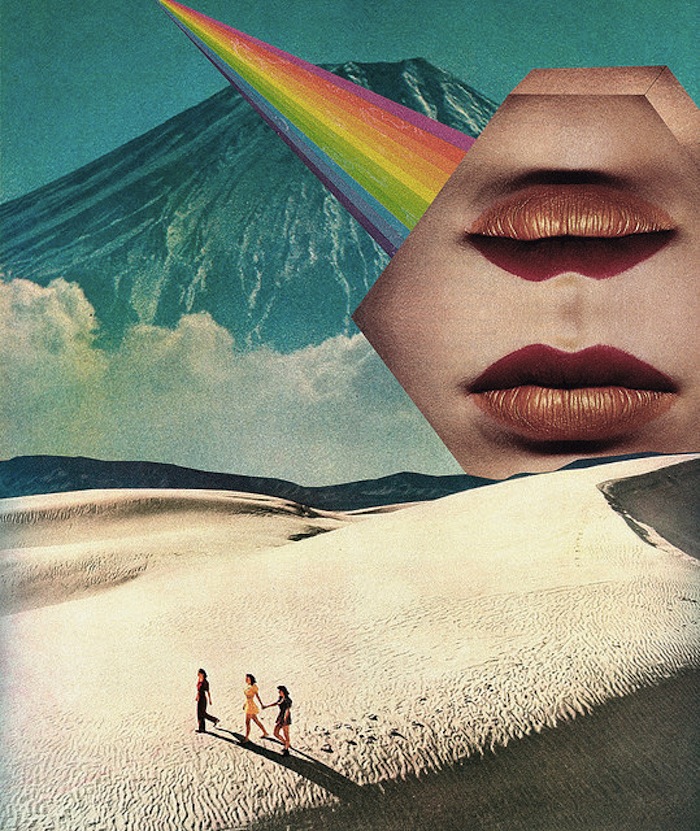 Wow, it sucks being stuck in this materialistic human suit sometimes. At the center of my being, my soul intelligence can be finally waking up to the fact that it’s time for some RADICAL FREAKING CHANGES, but still my physical body will argue; “not quite yet though, yeah? Swimming with those dolphins is seriously gonna rock your world…”

The hard-core environmentalists will argue that there is no room, or time, for compromise. But the Titanic won’t turn on a dime. Which is an interesting metaphor in itself, considering it’s also been predicted that a rise in sea levels resulting from the disintegration of the West antarctic ice sheet (due to global warming) could wipe out coastal metropolis’ like New York, LA and London by 2100.

And I know, I KNOW. But how about, for now (really though, NOW), we commit to only travel for true pilgrimage. It’s an idea that’s also in keeping with Saturn in Sag, the notion that our journeys must have real purpose, and if it meant we all took just one trip a year instead of five, wouldn’t that be going some way towards meeting the IEA’s 2017 targets? As for all those business trips, the jaunts across continents for meetings that really need to take place face-to-face…um, isn’t that why we invented Skype?

As always, writing and thinking about environmental issues makes me feel like a total hypocrite and also extremely naive (you too, I know, which is why it feels so much nicer to just keep looking the other way), because of course I’ll be going to that wedding. Obviously a trip to Berlin to meet my new nephew this summer counts as a pilgrimage too, right? And actually, isn’t this all just too little, too late?

But as a mere human, a microscopic particle in the organism of our collective Earthly consciousness, I have no real choice but to believe that even the one, or two, or three trips I choose not to take this year will make a difference. A theory that only really works if I’m not the only one making those choices.

So then how to choose the journeys that are really worth waiting for? A while ago I had my astrocartography chart read by a British astrologer called Zoe Hind. It’s all way too complicated for me to explain in detail here, but below is a map of my chart to give you an idea. 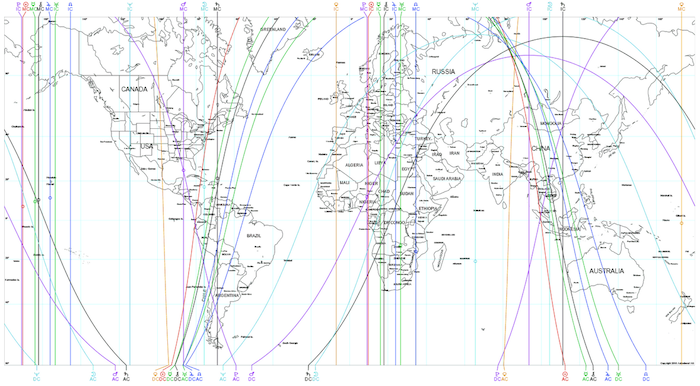 The different colored lines represent the planets, and the labels at the top and bottom – “MC, IC, AS, DS” – show their highest and lowest points, as well as where they are ascending and descending. The idea being that a planet ascending over a certain country means it’s influence will be strengthened there. The reverse if it’s descending. So where there are lots of lines, shows where in the world there is the most cosmic potential for you.

Thinking in terms of my personal and spiritual growth (i.e. “pilgrimage”), this looks a lot like Hawaii, South America, Africa, Scandinavia, and Russia / Tibet. None of which have factored in my travels to date. But with cosmic healer Chiron strong over the Pacific, Hawaii could be the ideal location for a solo retreat, says Zoe – opposed to a group trip, as Uranus, planet of group activity, is also at it lowest there.

South America, the Amazon in particular, is where my Sun, Venus, Mercury and Chiron, all in my fourth house of family roots, are “going to sleep.” The interpretation? “If you were going to have an; ‘I want to get away from myself, change my mind and challenge my core beliefs in a group scenario’ sort of trip, then obviously South America is looking very strong. Because the planets in your 11th house of groups (Uranus, North Node) are also lit up.” Which sounds about right for the ayahuasca experience in Peru I’ve got scheduled for somewhere around age 50. 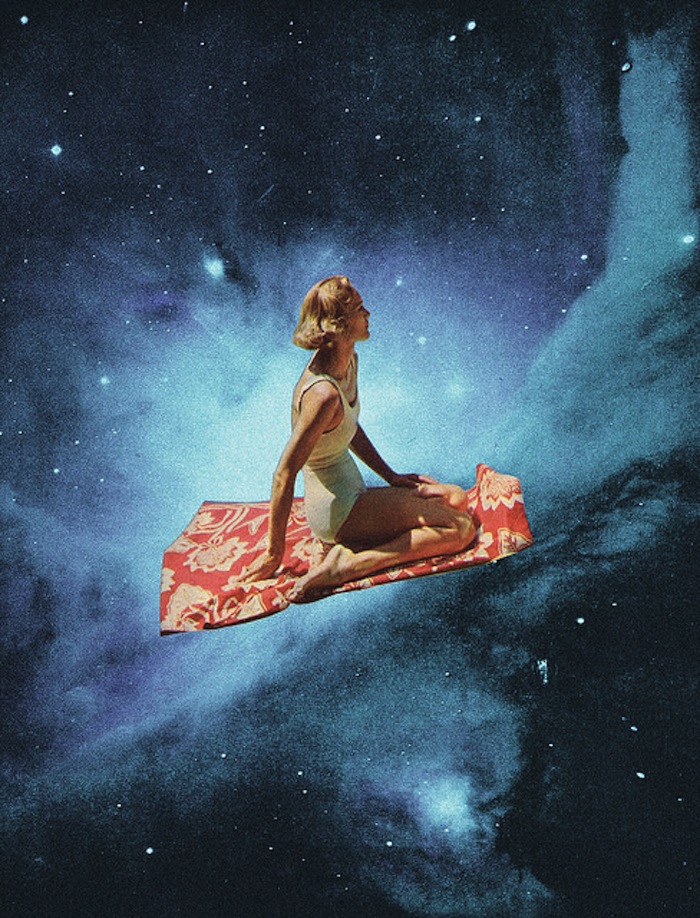 As for putting my money where my mouth is for now though, and simply staying put? When I moved to New York from London in 2012, I had a visceral sense of destiny itself kicking me out of my comfort zone and into a new life across the Atlantic.

And wouldn’t you know, my Sun, the essence of my being, and Moon, representing my instincts and subconscious mind, meet high up in the sky, directly above this dirty, dramatic, endangered city. It’s my three-year anniversary next month, and the internal pilgrimage I’ve been on here has created some of my most momentous life milestones of all. So this year I commit to making lots more of those, RIGHT HERE.

Read more about This Changes Everything