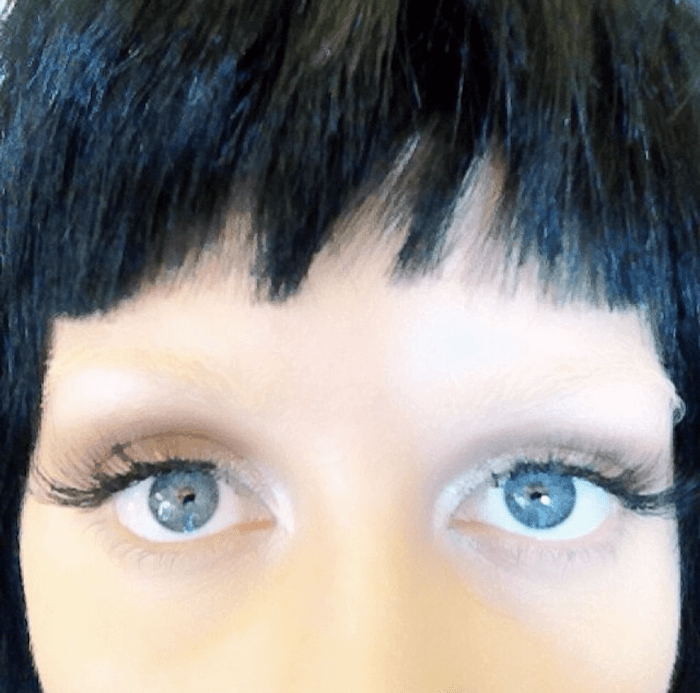 Lessons in Kabbalah with Madonna and a “little spiritual trip to Hawaii.” Brooke Candy tells Ruby Warrington how following a more “soulful” path has been a lesson in self-love…All images (including home page): Brooke Candy’s Instagram account

So I’m in LA to interview Brooke Candy for the UK Sunday Times Style magazine. The controversial stripper-turned-rapper who’s been hailed Queen of Tumblr (her tag is Bloody Guts) and who gives Gaga a run for her money in the crazy outfit stakes is currently everywhere, thanks to a high profile collaboration as the face of Italian denim brand Diesel. “OMG, are you scared?” asks my friend Emma. “She scares me.”

And as I wait for the Uber that will take me to the studio where Brooke is currently holed up recording her first studio album, I guess yes, I am experiencing what could be called pre-interview jitters (although I get these a lot, actually, ‘cos interviewing a celebrity is kind of like going on an Okay Cupid date with…a celebrity).

Everything I’ve seen and heard about Brooke suggests darkness, aggression, and confrontation. I will realize later it’s because that’s what’s she’s encountered too – life is a mirror, right? But from her lyrics (“pussy is a weapon, I’ll be shooting dudes at random”), to the porno-thug image she portrays, the girl is HARDCORE. Which, I’m thinking to myself, means she’ll probably want pick a fight, even if it’s just for show.

Clue number 1 this might not be the case is the gigantic bunch of sage sitting on the reception desk when I rock up to the studio. There’s even a sign next to it reading; “None but the positive and the good shall enter here.” Gotta love La La land! And okay, so the sage might not be Brooke’s work, but I take it as a good omen anyway.

And then there she is, a teeny-tiny, tattooed tomboy in a Joan Jett wig, who talks a mile a minute (she’s hopelessly addicted to espresso, she says) and pretty much immediately wants to tell me all about her…spiritual awakening?

Barefoot and dressed in a white vest and drop-crotch Diesel jeans; “It’s like something snapped in me and I was figuratively awake, and all of a sudden I felt directed,” she says, grappling with a giant chair like it’s a climbing frame before settling in it cross-legged.

“Imagine walking into a bookstore and not even understanding why but you’re directed towards this shelf of books…I was like, “This, this,” and I knew exactly what I needed to be reading. I’m obsessed with witchcraft and books about alchemy, astrology, neurology, philosophy, sociology, psychology, all of it…” She gives a crooked smile. “I’m reading books there is no reason I should understand, and I do. It’s really odd.”

And I know this is basically going to be one of my favorite interviews ever. (What follows is the out-takes, you can read the Sunday Times version here)

IT SOUNDS LIKE SIGNING WITH A MAJOR LABEL AND GETTING MORE RECOGNITION HAS COINCIDED WITH A CROSSROADS IN YOUR PERSONAL DEVELOPMENT. SO, WHICH CAME FIRST?
“There’s a false perception of this job. I think at times I’m the luckiest human being in the world, but at times it’s really, really draining and it’s really difficult. And me being a sensitive person (she’s a Cancer), it’s hard. So I’m trying to be more in touch with my spirit.”

WAS THERE SOME KIND OF EPIPHANY LEADING UP TO THIS?
“Well nothing has ever come easily, or felt like it hasn’t been an intense fight and struggle for me. I had a rough childhood, because where I grew up I was different. Then when I was comfortable claiming that I was queer, I was met with opposition by my family. And then when I wanted to express myself with my music, I was met with opposition there.

But I’ve gotten to the point where I just think if that’s how everything is going to be, I’m not going to put up a second fight, that war in my head. If I have to struggle constantly just to express myself, I’m not going, on top of that, to be down about it and be hard on myself.”

SO WHAT DOES THAT LOOK LIKE IN YOUR LIFE?
“It sounds cheesy, but I feel like I’m learning how to stay centered and I’m learning how to just be…soulful. It’s really crazy. There are people that I’ve known forever, and I’m like really there’s a big difference between us now because of what I’m channeling and what I’m understanding and what I am able to comprehend now, in terms of what’s greater than us and what’s bigger than us. I don’t find that in many people.”

DO YOU FIND THAT SAD?
“I think there are so many human beings that just have no concept of their spirit, of being spiritual, and how important it is to be in touch with that. How important it is to nurture that just as much as you nurture your fucking bank account. They go hand in hand. It’s like I’m learning how to properly take care of my mind and my body and my soul. That’s what’s helping to me to keep going.”

WHAT DO YOU MEAN, ‘KEEP GOING’?
“I have had such a fight with depression and have actually suffered severe psychosis. I have been mentally unstable at times, and while I think oftentimes those types of people create the best art, before I was in touch with, or even had the desire to be spiritual, I was thriving off of that which is really dark. I was convinced the best artists are the miserable ones.

THAT’S AN AMAZING AND VERY IMPORTANT REALIZATION! HOW DID YOU GET TO THIS PLACE OF UNDERSTANDING?
“I feel like something snapped in me, and I realized the sadness that I feel and the morbid thoughts that I have and the intense melancholy that I feel has nothing to do with my art. In fact with me it was holding me back because nothing was good news, nothing was enough, nothing made me happy…and I had to change that. So I took a little spiritual trip down to Hawaii, where I saw things that I had never seen because I’d never been anywhere tropical before.”

SO WHAT REALLY INSPIRED YOUR TRIP TO HAWAII?
“I had a friend who was like; ‘Why are you so dark? I don’t understand,’ and I was like, I don’t fucking know, I’ve been this way since I can remember.’ She actually said, ‘Have you heard of ayahuasca?’ And I didn’t take ayahuasca, but the same friend started to get me to do positive things and spiritual things like yoga, chanting.

Then I met Steven Klein (the photographer who shot Brooke’s Opulence video), and I expressed to him how sad I was and how I felt something was wrong. I was like; ‘Something is not right in my head, and if I don’t do something I’m going to fucking lose it and might kill myself, whatever.’ So he brought me to Kabbalah with Madonna.”

WOW! WHAT WAS THAT EXPERIENCE LIKE?
“I grew up with an Orthodox Jewish family, so I was very opposed to any sort of structured religion. At first I was against it wholeheartedly, but he was like; ‘Just trust me, it’s fine, it’s spiritual. Every ethnicity is in the building. It’s just a belief system that teaches you to be in touch with your fucking spirit, just come with me.’ I was like; ‘This is weird, it’s very cliché but whatever. I’ll go.’ And I sat with Steven and I listened and I grasped what they were saying so strongly. And it was really the start of the change that occurred.”

HAVE YOU CONTINUED TO STUDY THE KABBALAH?
“Now I’m seeing this teacher at the center, who is helping me understand how you elevate your consciousness by changing your way of thinking. Changing a negative thought immediately to a positive thought, things like that. And if you feel like you’re around someone who might be filled with negative energy or might be trying to take your energy – I believe in energy transfers and migrational frequency transfers and all of that – she’s teaching me how to block that out. And it’s really helping.”

HAS SHE GIVEN YOU ANY SPECIFIC PRACTISES?
“I described to her how in Hawaii, when I was just lying in the water, I was just smiling. And I never smile. I don’t smile. And she was like; ‘You know what you need to do? Every morning you need to submerge yourself in water ten times.’ She said, ‘Submerge yourself in water. If you can be naked, that would be amazing. And don’t touch anything. Just curl up like into a fetal position, and then when you emerge and come up think of something positive that you want to reflect that day. Say you want to be kind, you want to be giving, or you want to be this or that. Do it ten times. Think of ten things that you want to do that are positive that are going to change that day.’ It’s been so enlightening.”

SO CAN WE EXPECT TO SEE A WHOLE DIFFERENT BODY OF WORK FROM YOU NOW THAT REFLECTS THIS POSITIVE NEW OUTLOOK ON LIFE?
“My spirit has changed, but my art and the visuals I create aren’t going to change. I was a sad human who wanted to die and who was making art to express myself, hoping that the art I was making would stop that feeling. It released some of it, but the feeling never seemed to go away. Now I’m learning how to lose the feeling through other means, while still expressing the demon.

I’m doing more internal work and it’s awesome, but what I’m projecting is still the same. I’m still the same artist, and I now actually feel like I’m making better art, that better things are coming my way and I’m able to visualize and manifest things even stronger because I feel more centered. Going to a tropical place and seeing a shaman and doing these things, they’re not going to change the art, they’re just going to change me. Change the way I feel about myself, and help me to love myself a little bit more.”