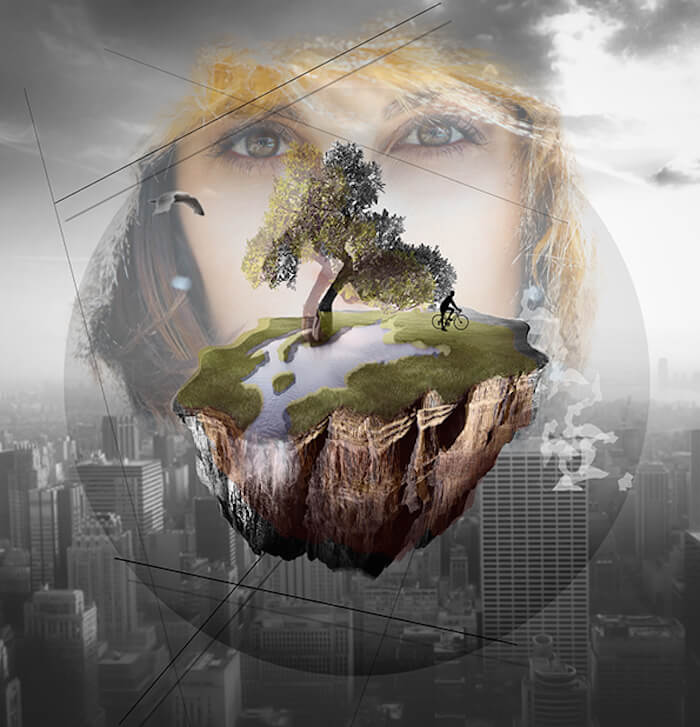 Yesterday, the planet of good fortune and abundance moved signs. In this insightful post, the Astro Twins outline what we can expect with Jupiter in Virgo…Images: E A R T H by Gyéresi Andrea Éva 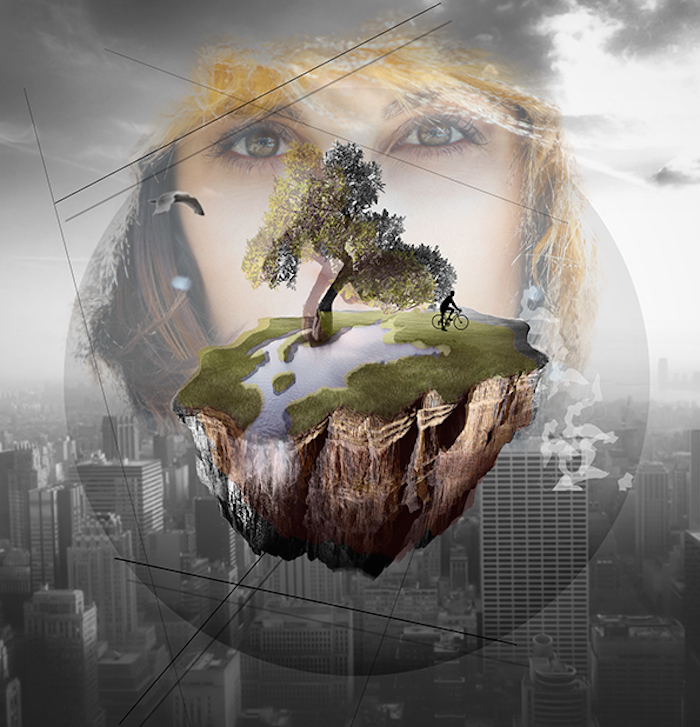 Changing of the guard! On August 11 2015, expansive Jupiter exits dramatic and flamboyant Leo, moving into clean, green and analytical Virgo until September 9, 2016. Jupiter is the planet that rules luck, personal growth, travel, opportunity and risk. Along with Venus, it’s one of the cosmsos’ two “benefics,” meaning its influence is largely positive. The biggest planet in the solar system, Jupiter represents abundance, so whatever you plant during a Jupiter cycle will grow into a cash crop.

As one of the slower-moving outer planets, Jupiter’s transits color the entire societal attitude and cultural zeitgeist. Jupiter changes signs every 12-13 months, meaning it only visits each zodiac sign once every 12 years. Its last trek through Virgo was from August 27, 2003-September 24, 2004. (Dial back to that era for themes that may arise again in your life.)

Here are few things we can expect while Jupiter tours Virgo through September 2016:

1. Walking the talk: Jupiter in Virgo.
Now that Leo’s grand speeches, public declarations and jaw-dropping debuts are over, it’s time for some follow up—the walk that goes with the talk. Jupiter in Virgo inspires us to roll up our sleeves and do the real work, to make change. In a telling pop culture example during Jupiter in Leo, Caitlyn Jenner filmed her reality show I Am Cait on the road with trans activists.

The episode revealed her ignorance about the struggles of transgender people who don’t share her wealth, fame and public support. While Jupiter in Leo brought Caitlyn Zac Posen gowns, tearful ESPY awards and Vanity Fair covers, Jupiter in Virgo will deliver the equivalent of a quick sociology degree. And we could all use some brushing up in that area, frankly.

Jupiter in Virgo cracks the integrity whip, making sure our own backyards are clean before we stand on our soapboxes. Do we wag our fingers at the world’s transgressions, then privately commit the same deeds? There will be no getting away with that while Jupiter is in Virgo. Beware the self-righteousness of this transit—change begins with ourselves.

2. Jupiter is in “detriment” in Virgo.
Jupiter is “in detriment” in Virgo, meaning it’s slogging through perhaps its least favorite shift – as if the celestial hedonist is doing community service to repent for his overindulgent ways. We just can’t act selfishly on every whim with Jupiter in self-controlled Virgo. Jupiter is the ruler of big-picture thinking and the higher mind, while Virgo is ruled by practical, sensible Mercury—Jupiter’s planetary opposite, in a way.

Jupiter and Virgo can be strange bedfellows, with the supersized planet pushing to expand, and fastidious Virgo fact-checking every little item along the way. It’s like a neurotic nanny trying to tame a hyperactive child on a sugar high. In the best situation, they will provide positive checks and balances for each other, ensuring that our grand ideas can actually go the distance.

3. Sustainability reigns: Earthy Virgo in charge.
After a people-focused year, our attention turns to our processes—and how they affect the planet. Climate change is an undeniable issue we face, and global ambassador Jupiter throws a giant spotlight here. As astronomer Carl Sagan once said, “Extinction is the rule. Survival is the exception.” The human race needs to cooperate with nature if we want to keep on keeping on.

We could draw some inspiration from New Yorker Colin Beavan’s film No Impact Man which documents his family’s efforts to spend one year making as little an impact as possible on the environment: no electricity, automated transportation or non-local food!

Virgo governs digestion so that rule extends to our palates. Bring on the organic produce and kale smoothies. Plant and grow food and put more greenery around your home. Vote with your dollar, opting for sustainably crafted goods that also support local business owners and keep the neighborhood economy thriving.

With Jupiter in Virgo, businesses in “green” industries could boom. You might just make time to hear your friend’s pitch on solar panels, vitamins or supplements now. Since Jupiter is the global truth-teller we can expect to hear more stories about egregious waste dumping and pollution from overseas manufacturers…and hopefully, to see policies and regulations change that.

4. Living in tune with nature, sharing our “stuff.”
No, you don’t have to trade your loft apartment for a yurt this year…but you might airbnb it out for a month while you go shack up in a tent. Jupiter in Virgo calls our culture of excess into question, and people will begin making real lifestyle changes to reduce accumulation. Jupiter in practical Virgo will fuel the cooperative economy. More and more, people are asking: Why own when we can rent, and use only what we need when we need it?

Commune-style living could make a comeback too, with a modern twist. Interestingly, the first-ever kibbutz—a collective community in Israel where people live, work, farm, grow food and raise their families together—was formed in 1909, while Jupiter was in Virgo. We can expect to see a rise in urban farming, shared living spaces and a boom in people unloading their stuff on Craigslist or eBay. 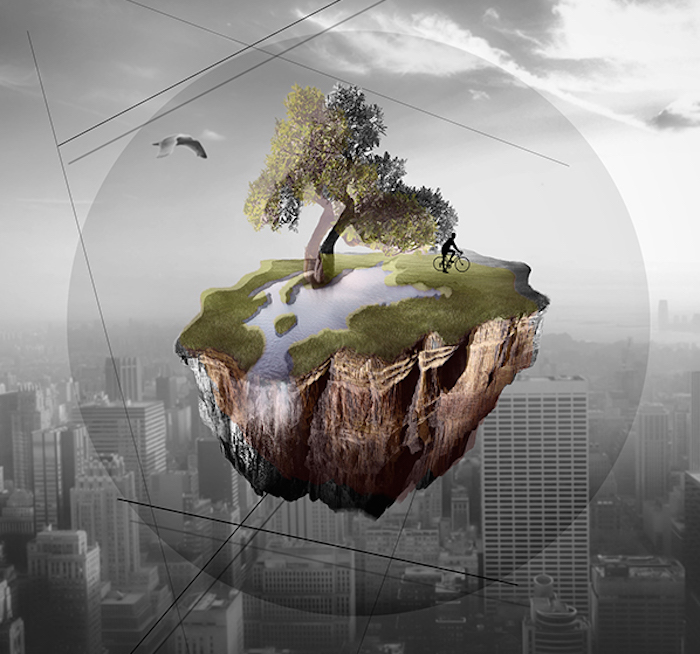 5. Drop the selfie stick; pick up the talking stick.
It’s time for more mindfulness, says Jupiter in Virgo—to put down the gadgets for an hour and get back to IRL encounters. While we don’t predict that the likes of, say, Snapchat will go anywhere, serenity could set in if we carve out technology-free spaces (both in public or at home).

We’ll be more present with the people in our midst; less worried about attracting a million random followers. We’ll find joy in being of service to our fellow humans instead of competing to be the biggest superstars. It sounds downright old-fashioned, but this wrinkle in time might just buy us another era on Planet Earth.

6. The “Internet of Things” takes over
If anything, technology will become more integrated into our lives. Virgo may be an earthy hippie, but it’s also a data-loving nerd (think: an early adopter of Burning Man going off the grid but rocking serious tech skills). The “internet of things” (ioT) could expand under Jupiter in Virgo.

More of our everyday objects will become embedded with sensors and electronics, a la “geek chic” wearable technology (an industry projected to balloon by the billions). We may even see an innovation that helps us detach from our physical gadgets while still remaining “wired.” Will our entire identities soon be stored on the cloud?

7. Taking it to the polls: Rocking the vote?
With a U.S. presidential election year falling during Jupiter’s tour of Virgo, we could be due for another “Rock the Vote” era of grassroots change and socially-aware constituents (interestingly, the splashy Rock the Vote campaign was founded in 1990, while Jupiter was in Leo).

Jupiter in Virgo will demand integrity and follow-through from any politician who hopes to make it through the rounds of debates and primaries. If we’re lucky, Jupiter in Virgo may also help to inspire record voter turnout before it leaves in September 2016.

8. Health, science and fitness industries soar.
Virgo is the ruler of health and science, so new trends in medical care and the wellness industry could arise. Buying “local and sustainable” could become more of a mainstream trend, as consumers become ever more savvy in their research about food and product safety. We may see amazing advancements in medicine, too—for example, technology that allows doctors to predict and prevent brain diseases (such as dementia) long before they reach their full-blown state.

Artificial intelligence, robots and other innovations that once seemed like grist for a sci-fi movie could become integrated into our daily lives. Geneticists are even working to bring back extinct species, such as the carrier pigeon, which died out in 1914.

9. Coaching and “how-to” businesses thrive.
Coaches and consultants might also experience a heyday, as Virgo’s perfectionism has us all in self-analysis overdrive. Analytical Virgo doesn’t skimp on the details, so people will be hungry for advice on improving their practical skills: budgeting, dressing, decorating, parenting. If you’re an expert, look for ways you can package your knowledge as helpful advice.

Jupiter rules publishing and broadcasting, so consider marketing your unique skills through a YouTube video series, a “helpful tips” podcast or a how-to ebook. For best results, focus on simplifying a difficult process or giving people basic instructions. Jobs in the service sector will also grow, since Virgo is the ruler of service. Everyone, pitch in now…