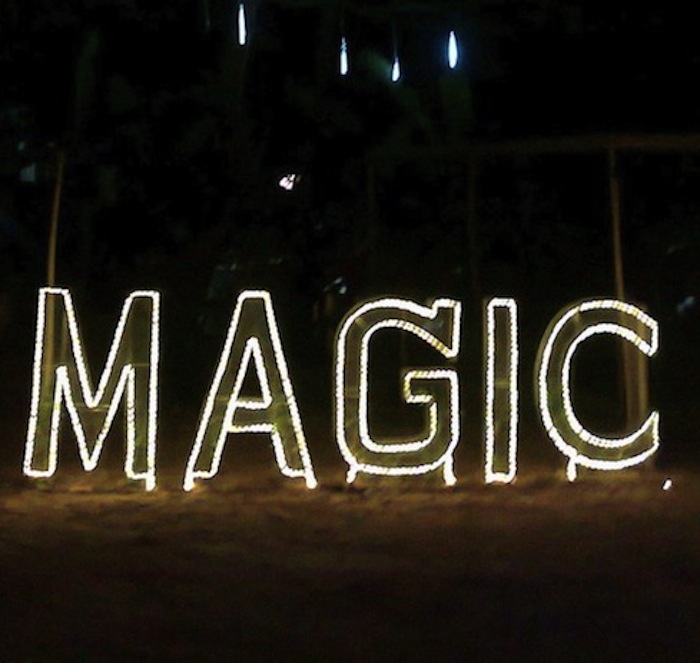 In Western culture, we’re taught that magic is either smoke and mirrors entertainment (best seen in Las Vegas) or for occultists (and therefore may or may not open an evil portal to haunt you for the rest of your life). In my humble opinion, these versions of manipulated “magic” are completely limiting and totally watered down. Genuine magic is not creepy or something only a privileged few can do. Magic is your birthright.

Magic manifests everyday as the mystical synchronicities we often dismiss as mere coincidence. And now, thanks to the teachings of Martha Beck, there’s a way to harness this supernatural force and use it in everything you do – in a way that doesn’t feel entirely egocentric (see: The Secret – but maybe that’s just me).

If you’re unfamiliar with Martha Beck, she’s a Harvard trained sociologist, best-selling author, and Oprah’s favorite life coach. She’s also fantastically woo woo, but in the most practical way. She can bend spoons. She knows (and teaches) how to horse whisper. But perhaps most importantly, she has healed herself and inspired other people to do the same simply by harnessing the innate magical abilities we are all born with.

In her most recent book Finding Your Way In A Wild New World, she reveals these tactics in what she refers to as “The 4 Technologies of Magic.” Each technology builds upon one another and, when properly applied, you too will be able to bend spoons, call in the animal kingdom, and energetically be the change you wish to see in the world.

Practical magic is really about making your life 100 percent about play. If that sounds like something you’re into (and how could it not be?!) here’s what you need to know:

The first technology of magic is WORDLESSNESS.

Know that in order to make magic, meditation is a must. This is the first and most important technology of magic simply because without dropping into wordlessness (as Beck calls it), it’s near impossible to look at things from a different (and usually enhanced) perspective.

Know that meditation is the antidote to every problem you have.

Know that when we meditate, we shift our consciousness out of the verbal part of the brain and into the nonverbal, which is where our intuition, creativity, and sensory perception lie. Which is more powerful? Beck explains, “The verbal region processes about forty bits of information per second. The nonverbal processes about eleven million bits per second. You do the math.” Magic happens in the nonverbal part of the brain, period.

Know that dropping into wordlessness can take under a minute. Sit still for a second, close your eyes, and then imagine the space between your eyes. Viola. You just entered wordlessness.

Know that practice makes perfect. The more you drop into wordlessness, the easier it will be to remain in that state. Life is way more magical from a meditative mind simply because things that usually really annoy you transmute into a situation you’ll find humorous and strangely enjoyable! Try it.

The second technology of magic is ONENESS

Know that once you enter a state of wordlessness, “you’ll be able to sense the interconnection between your consciousness and that of beings that are apparently unconnected to you,” says Beck. Oneness is the state where you can bend spoons and horse whisper.

Know that it’s easier than you think to feel one with all things. Try this exercise. First imagine the taste of something you really love. For me, it’s raw vegan sea salt chocolate. Then move onto the other senses, seeing what’s triggered by that initial ‘taste’. Where are you? Who are you with? What sounds do you hear? Is the warm wind blowing? The ocean waves rolling? Make this movie in your mind and you’re well on your way to mastering oneness.

The third technology of magic is IMAGINATION

Know that thoughts literally create things. And you can feel into what thoughts want to create what things when you’re tapped into oneness and wordlessness.

Know that you can solve problems with your imagination. In fact, scientists have proven that it is far more productive to visualize your desired outcome than bend over backwards working overtime to force it. This is no secret. Olympic gold medalists do it. Tiger Woods does it. The list goes on. It’s powerful!

Know that this should be fun. I like to think of it as productive daydreaming. Beck says; “The problem solving you do with a free imagination will lose the panicky air of necessity and take on the much more powerful energy of play.” If it doesn’t feel fun, perhaps it’s time to let go of what outcome you think you should be having and leave it up to your meditative mind to show you an even better circumstance.

The fourth technology of magic is FORMING

Know that once you’re tapped into wordlessness, oneness, and imagination, forming—not forcing—comes easily.

Know that forming is synonymous with taking action. Except the action part is meant to feel like play.

Know that to become a master former, you’ll need to repeat the first three technologies of magic several times – always checking in to see if they’re effective and trying to increase the efficacy each time, says Beck. In this way, forming occurs almost automatically because the actions you take are so clear it feels like it’s already real.

Know that these steps may sound oversimplified and fluffy, but that’s the point! It’s PRACTICAL MAGIC – it’s so simple, so innate that we might want to dismiss it. Do not do this. Give it a try and things will start to magically shift.

Know that you’ve got nothing to lose by trying it for yourself – except everything dull in your life!

Finding Your Way In A Wild New World by Martha Beck is out now.

Madeline Giles is the senior editor at The Daily Love. She also writes about fairies, mermaids and practical(ish) magic on her site MerMadeline.
@_mermadeline 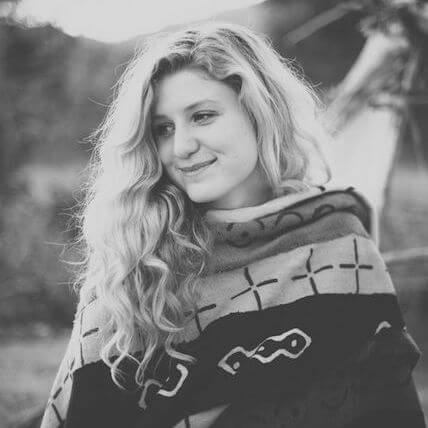 Thank you for these words @zenchangeangel 🙏 it