We all have access to the sixth sense – so will this be the year you work on developing your intuition? Doing so could be key to creating a life that’s aligned with your highest purpose in 2014. Ruby Warrington reports on a growing trend. 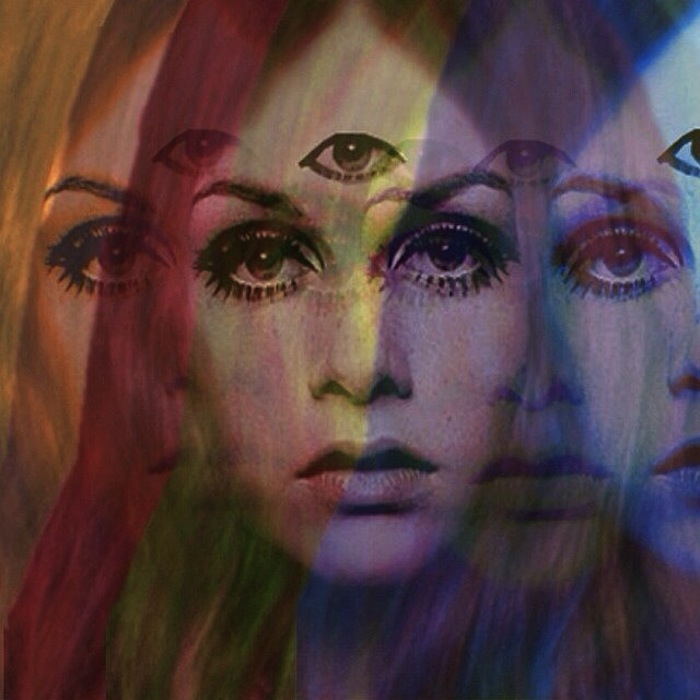 When I interviewed Alexa Chung for the UK Sunday Times at the end of the summer last year, she told me a few stories about what she felt were her natural psychic abilities. Like the notebook she’d found recently in which she’d written, aged 16; “I’m going to be a TV presenter, but I don’t want to be.” About how when she first walked into her apartment in NYC’s East Village, a voice in her head told her; “I live here,” and how she often has to ask people what’s up “because I can feel all their shit, and it’s like ‘you have to tell me what’s going on because it’s killing my mind!’”

There was also a recurring pre-cognitive dream (where you dream something and then it happens) about escaping the 2006 Tsunami in Thailand. She described how, as events were unfolding, she thought she was having the dream again – only to realise that it was actually happening. A double Scorpio with Pisces ascendant, Alexa’s chart shows something of a natural mystic – but actually, haven’t we all had similar experiences? Isn’t everybody “psychic” to some extent?

Yes, says Louise Androlia, the gifted intuitive responsible for our monthly Tarotscopes. “The 6th sense is for us all – in fact we’re all very tuned in as kids. Having had an imaginary friend or pet as a child is a classic example of somebody just being very energetically sensitive. I think whether this carries on into adulthood just depends on the rate we forget.” Lisa Rosman, a Brooklyn based intuitive, agrees; “it’s our natural birth right to be able to tune in on deep levels to each other as well as what yogis call the ‘divine intelligence’ of the universe. But the less we have to communicate on that level, the less we do.”

She believes our reliance on modern devices – from computers to clocks – is partly to blame. “Rather than merely using cell phones or the Internet as shortcuts, we’ve been using them as a substitute to true communion with ourselves and each other. And yet in our dreams and disorders our deeper wisdom is still, always, clamoring to be heard.” 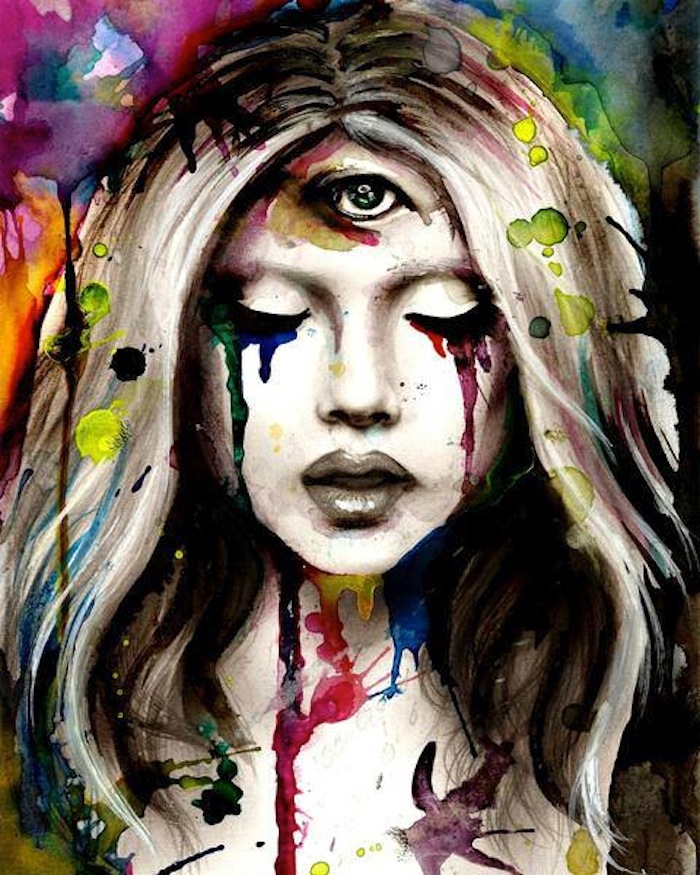 So will 2014 be the year you work on developing your psychic abilities? Betsy Cohen, a.k.a. Psychic Betsy, hopes so. This month she launches a six-week course titled Trust Yourself: Intuitive Development through Awareness, designed to “help you become your own psychic. The whole class is centered around the fact that your body is an instrument through which your soul speaks.” The goal, rather than learning how to read for other people; “is about learning to trust your own higher voice, because if you want to create anything – abundance, good health, relationships – it’s about bringing that awareness and taking action from the inside out.”

We’ve all said it a million times; I should have listened to my gut. When I attended a psychic development workshop last year, the tutor pointed out that; “often the only time we know our intuition was right is when we don’t listen to it and everything goes wrong.” And, as Lisa puts it; “Really, what I do is direct my clients to who they truly are – where they’ve been and where they’re going; what their natural strengths and challenges are – so they can step on a path that really works for them.”

With even the Mail Online reporting on the rebranding of psychics to “intuitive therapists,” the idea of tapping into our own inner knowing is very much in the zeitgeist. “The conversations about psychic ability now are all about healing ourselves and helping others,” says Louise. “The idea that it’s about predicting the future is very outmoded, and not at all productive because the future is totally fluid anyway.” The point of attending a class says Betsy, “is about getting confirmation in a group setting that what you think you’re hearing, seeing or feeling is valid. It’s about building your confidence, so that outside of class you’re more likely to trust yourself.” I had a taster of this when I attended the weekly Willamsburg Spirit Séance Betsy hosts each Thursday – where she explained to the group how messages from spirit might appear to us, and encouraged us to share anything that came through.

Louise studied Psychic Development and then Tarot at the College for Psychic Studies in London. Founded in 1884 to facilitate formal investigation into the psychic and mediumistic phenomena that were such a topic of debate in the Victoria era, far from a real life Hogwarts, she describes the collage and her fellow students as; “as ‘normal’ as it gets. People expect me to say that it was full of women in cloaks, but as a lingerie designer I was definitely the most ‘crazy’ person there.” Instead, she was surrounded by “teachers, social workers, GPs, accountants. A group of amazing people aged 25 to 75.” 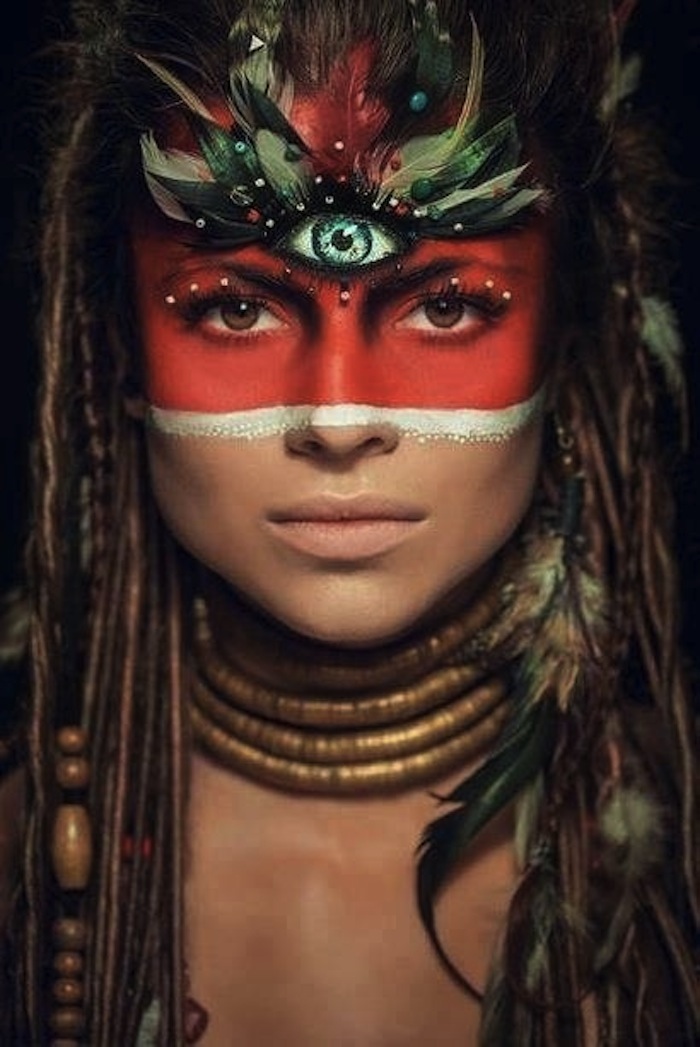 That the idea we can all tune in to a higher power and affect each other’s energy with our minds alone should seem in any way weird, is baffling to Louise. “The fact we live on a gigantic living, breathing circular mass, in a totally infinite and pretty much unknown space surrounded by other planets and moons is actually the most ridiculous thing I can think of! The idea of being skeptical of ANYTHING is so odd to me, since the fact we even exist is so bonkers. So why not learn about the energy that’s around us and allow it to help us?”

Numinously put, but still, many people shy away from delving into their psychic or intuitive abilities – “mainly because they’re afraid to look inside themselves,” says Betsy. Alexa Chung even joked that; “if you spend enough time with me, it is creepy” – but that’s because, as Betsy points out; “We’re all afraid of dark places. I was scared of my abilities in the beginning, but going to classes myself was like getting headlights, so I could actually see the road I knew was in front of me. And driving in the dark is not a good idea!”

The idea of encountering ‘evil’ spirits or visions of horrific future events can also deter people from tuning in; “but it’s all about intention. Are there darker forces? Absolutely. But you’ll only attract them to you if you’re fearful of them. I always think about Cesar Millan, the dog whisperer, and how he can transform a dog’s energy with his energy, which is always calm and assertive. It’s about a shift in thinking towards; ‘I have the power’. Which, in the spirit world, we always do.”

And owning this power can be key to affecting positive change – both in your own life, and the wider world. “We can feel very helpless in the face of events that are seemingly out of our control, from the people we’re dating to the fact we can’t exactly write to President Obama and tell him to take all our troops out of Afghanistan,” says Betsy. “But by taking responsibility for our own lives, based on what we know is for our highest good, we’re automatically empowered and actually in a position to change the world in one of the only ways we can.”

HOW PSYCHIC ARE YOU?
Louise Androlia shares five ways your soul may already be speaking to you.