Check out all the lightworkers moving to LA! Fern Olivia breaks down why life on the Left Coast is calling…Photography: Nicolas Jandrain 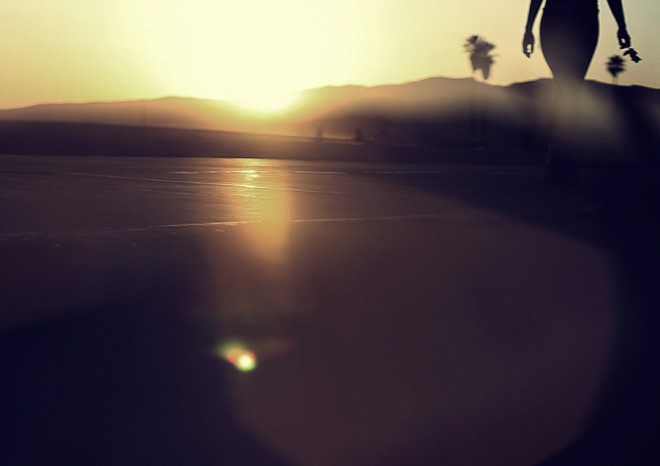 So what’s the real reason behind the mass exodus from cities like NYC to LA? You’ve noticed it, right? How the lightworker tribe are all feeling the call?

Well, it’s no coincidence that people are packing up their overpriced apartments, saying farewell to the brutal winters, and moving to the magical City of Angels. In fact, many of the Numinati made the move years ago, and now more of our tribe are arriving in waves.

When I heard the call of my soul to move to Los Angeles, I had no idea that I would be part of a major movement. I was not consciously aware that there was a deep reason for the work I was being called to do here, nor did I understand the energetic force by which it happened at this particular time in space.

It all makes sense to me now. If you, too, have been feeling a voice inside calling you West, what I’ve learned since my move may explain why – and in a radical way.

In April 2015, I was visiting my girlfriends in Malibu and I remember the precise moment, sitting on the beach, my soul clearly demanded: “Come home.” I had never lived in California, nor had I ever heard a voice inside as strong as this.

But I was not afraid. I listened.

The voice continued: “Move to Venice in the Fall.” So specific and commanding, right? I dared not question it, even though I had only been to Venice a few times for Kundalini classes at Ra Ma Institute with Guru Jagat, and for nourishment at Moon Juice and Cafe Gratitude.

But over the past several years, I have recognized my intuitive gifts and learned that in order to stay in alignment, I MUST TRUST this deep knowing.

And something inside me insisted that this was exactly where I needed to be. So I set about transitioning all my yoga classes and clients in New York, seamlessly found a friend to take over my lease, and effortlessly slipped out of my old life to plant myself in Venice Beach – the epicenter of the Now Age. And now that I’m here, I feel grounded and aligned.

So, back to why are we being called to LA, why should we trust the pull, and what’s next for us fearless souls who have listened to our spirit’s deepest longing.

Here are FOUR reasons that may help it all make it crystal clear. 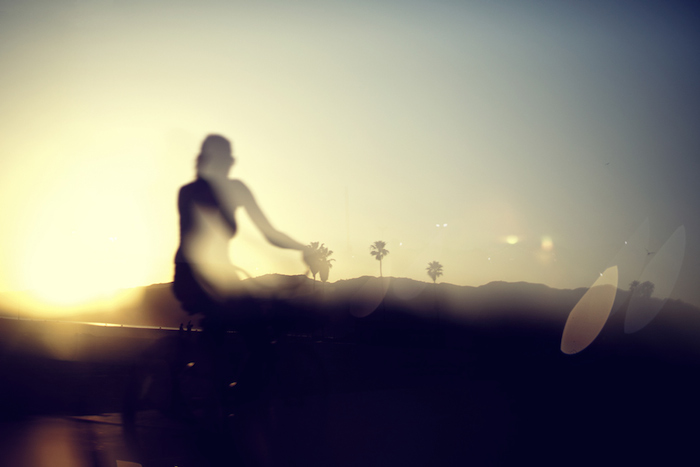 1. We are being called to return to our Aphrodite – our pure, liberated Feminine.

New York City is literally on a grid – when you see the city from the air, the avenues and streets are angular and the buildings are close together. It’s tough to see the wide open sky unless you’re at the top of a skyscraper or in the middle of Central Park. We pound our feet on concrete and have little connection to the bare, soft, fertile earth. For most of the year, our feminine form is bundled in layers, and the sun has only a small window to kiss our bare skin.

Living in any city, we’re disconnected from the Earth, Air, Moon and tides – which in turn influence our moon cycles, our creativity, and manifestation capabilities.

When our creative expression is stifled, we become tight, rigid, stressed, and stagnation takes over our physical bodies. Living this way demands we’re dominated by our masculine energy – and it’s hard to keep up. Our adrenals burn out. We grow tired of being Wonder Woman – one of Dana James’ female archetypes – in the city that never sleeps. Rather, our hearts are longing to dance under the moonlight. We know we will rise in our true power when we feel grounded with the earth under our bare feet. 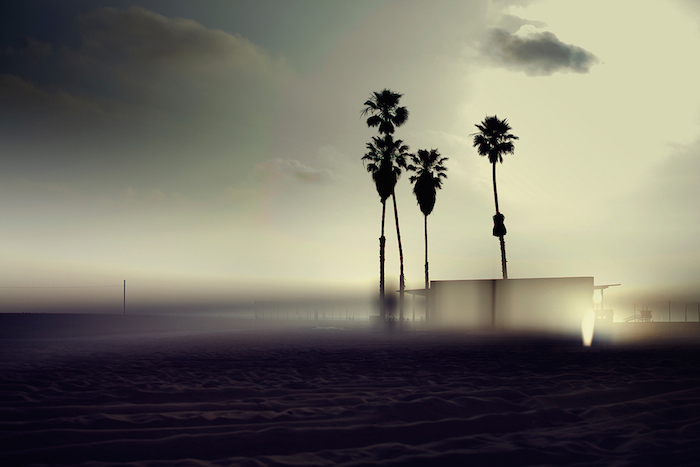 2. We got chewed up and spat out, and now our souls are strong enough to handle the work ahead.

Our souls brought us to cities like New York to do some major work on our karmic path. Our soul contracts had very specific lessons and experiences to learn in order to do the light work we were born in this incarnation to deliver.

New Yorkers have grit. New Yorkers are tough. We had to be, to get through the brutal winters, hurricanes, floods, terrorism, city noise, and commutes. And our souls had to practice becoming strong enough to do the major work that we are about to do in LA – influencing some of the brightest, most powerful, creative, receptive people in the world to step up to change the future of our planet.

So what is this work? Our world is suffering from the bankruptcy of love – we are living in a time of immense poverty, suffering, terrorism, abuse, and fear. It is our work to bring light to this planet through our creative leadership. We must be strong and clear in our own bodies otherwise, this difficult work can leave us feeling hopeless and depleted.

But first, we need some time to play. To retreat. To rest, rejuvenate, and restore. Once we have brought ourselves back into balance, we will have the clarity and vitality to do some major work as the next generation of visionaries on this planet.

3. We’re feeling the pull of the 33rd parallel (Allow me to explain…)

In heeding the call to LA, lightworkers are being called to congregate around the 33rd parallel – an energy vortex which happens to run through Venice Beach. You may know that in numerology, 33 is considered a Master Number and symbolizes the Christ Consciousness. The 33rd degree is highest publicly known degree for Freemasonry, and some say it signifies illumination and freedom from religious dogma. In Hinduism, Yoga Sutra 3:33 states: “Through keenly developed intuition, everything can be known.” And the Tibetan Book of the Dead speaks of the thirty-three heavens ruled over by Indra, and the thirty-three ruled over by Mara.

Furthermore, the latitude of the 33rd degree is shared with the ancient city of Babylon and by modern day Baghdad. The longest continually inhabited city in the world, Damascus, in Syria, is also on this line. The site of the first atomic bombing during WWII, in Nagasaki, Japan, also resides on the 33 parallel, and coincidently, so does the White Sands Testing Range in New Mexico, where the atom bomb was first tested. This geo-latitudinal line also passes through what is known as the “Bermuda Triangle” in the Atlantic Ocean.

So, clearly, there is something very powerful about the energy vortex around the 33rd parallel! And in essence, the quality of the 33rd parallel is that it shifts our energy more effectively and quickly. But looking at the history, it’s also clear that this has been utilized by some pretty dark forces – and now the lightworkers are moving to readdress the balance. 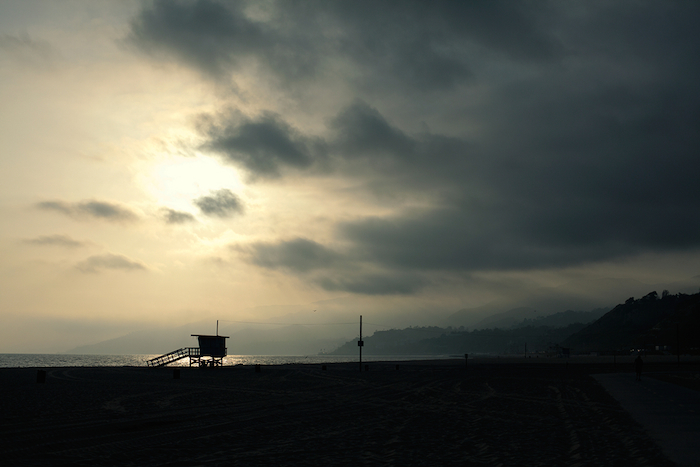 4. Our soul family is waiting for us.

To do the work we were born to, we need the support of our tribe. I’ve found there’s nothing more influential than a community of brilliant, grounded, strong, connected souls – our “soul clusters” as my dear friend Aimee Follette, chef and founder of Sun in Bloom, so perfectly calls it.

You know that feeling when you meet someone for the first time, but something inside you remembers them, as if you’ve known each other before? That feeling is real. Our souls have contracts with other souls – and we have these soul contracts with all the people we walk with, our parents, friends, business partners, lovers, and children.

The soul contracts of my New York life, including a controlling six-year relationship, showed me the work I needed to do: to heal deep-rooted karmic patterns of insecurity, self-doubt, and the inability to speak my truth. Many of us in New York experienced a similar struggle, freeing ourselves from lineages of insecurity, scarcity mindset, and fear of abandonment.

And having learned the lessons of city life, a tribe of stronger, fierce, liberated souls are reuniting together in Los Angeles.

Not feeling the call to move? That’s okay!

As explained by my teacher Harmonjot Kaur at Ra Ma Institute in Venice, it is important to understand that YOUR soul family will be found wherever you open your soul. “We are moving into a time where we stop looking outside for answers. Moving to LA to find one’s soul family simply because one identifies as a “lightworker” is a recipe for heartbreak I feel. Because wherever one is, that is where the soul family will show itself. And when we make expensive moves looking to satisfy from the outside what can only be satisfied from the inside, we really set ourselves up for great disappointment.”

There’s also a critical need for lightworkers to remain in New York City – since NYC is on an energetic grid that’s very powerful, meaning there’s an opportunity to amplify light work in the city.

And the truth is, we’re all designed to be more energized by different locations, explains Light Maker Cassandra Bodzak. “There are people whose energy field is actually more primed for NYC than LA, or vice versa, or for a different location such as Austin, Miami, or Boulder. You can even get a special astrology chart reading to determine which places on the earth will optimize your energy or deplete you.”

Another disclaimer from Harmonjot: The move to LA alone does not equal automatic self-discovery! “I’m reticent about encouraging people to move to Los Angeles because it’s touted as some kind of promised land. But many people have the illusion that their problems will be solved by coming out here. They likely won’t. Deep spiritual practice is what allows one to find the next step and the next place.”

So, my dears, wherever you feel the call, trust it. Trust your soul. Your soul family. Just as your future self is trusting YOU to heed the call. When you are living in alignment with your soul, you’ll feel home wherever you are. You’ll be in harmony with your body, and from this space of feeling healthy and in the flow, you will be your most creative self, and able to fully show up to do the work you were born to do. 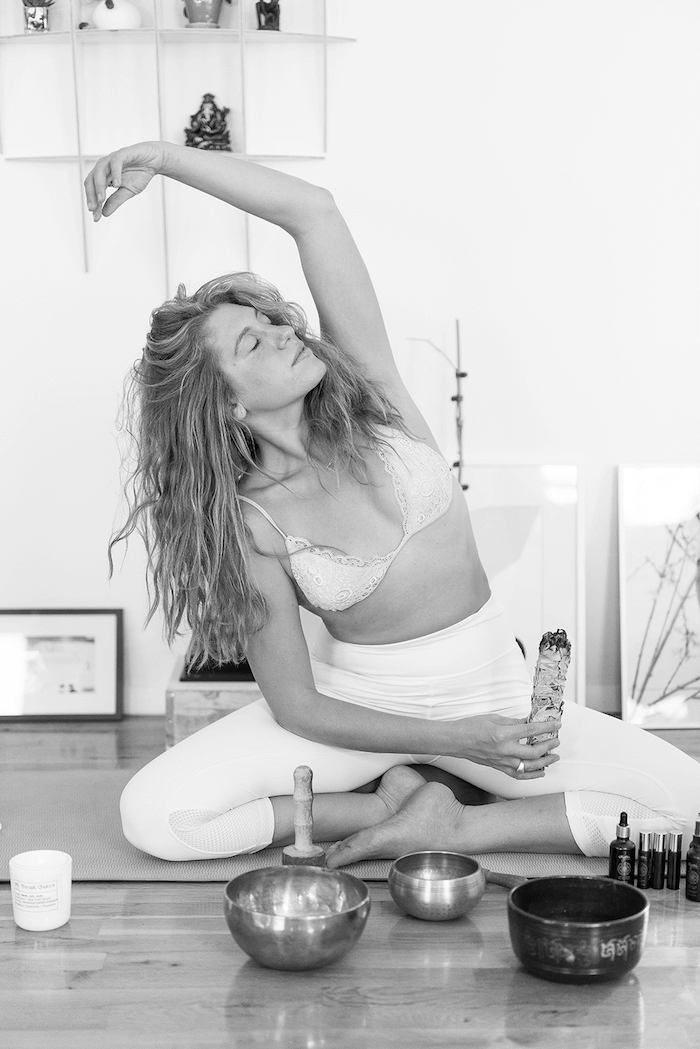 MY MANTRA - "I have everything I need inside me. I reflect and radiate love, harmony, beauty, and peace."// MY MISSION - Inspire souls to live a life of fully expressed liberation, to align with purpose and have a deep connection to spirit and intuitive medicine // MY STYLE - Naked, sandy and kissed by the sun // MY SIGN - Taurus, Aries Moon and Gemini Rising // MY HEALING - The ocean, twilight, rose quartz and Grace Alchemy on my heart chakra

Have you got yours yet? Available NOW in UK, Eur

What House is ruled by Leo in your birth chart? T